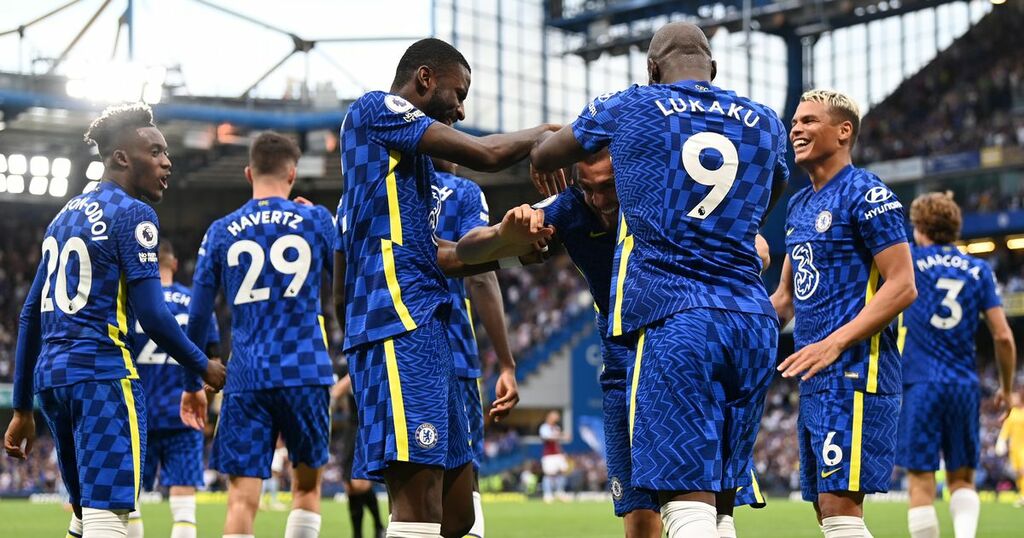 For much of the opening 45 minutes, Chelsea were on the back foot and needed their goalkeeper to deliver. Mendy proved he was up to the task.

The Senegal international produced an excellent reflex stop to protect Chelsea's lead and was reliable throughout with his handling. Undoubtedly one of Europe's best. 8

Brought back into the starting XI, there was an early mistake from the academy graduate that Aston Villa failed to take advantage of.

Chalobah quickly regained his composure and was kept busy as Villa launched several attacks down the Chelsea right. Stepped up again in the second half to help quell the threat of substitute Leon Bailey. 7

The Brazilian only discovered he could feature in this match late last night. Given his experience, it was little surprise this didn't impact him at all.

Silva was flawless and stood up to Villa's numerous attacks. He also made a crucial block in the first half to deny Ollie Watkins. 8

This was a trademark performance from Rudiger. There were a few smart interceptions, a couple darts forward in possession, a frustrated glance or two at a teammate, and the shot from, at least, 30 yards that went nowhere near the opposition goal. He's become remarkably consistent. 7

Handed a start at right wing-back, no his favoured role, the weaknesses in Hudson-Odoi's defensive game were exposed by Villa in the first half.

Was moved into the forward line on the hour mark and looked far more comfortable, although did receive a verbal bashing from Tuchel for not finding a forward pass. 6

With N'Golo Kante ruled out due to injury, Jorginho on the bench and Saul new to the Chelsea midfield, the responsibility was on Kovacic to step up and deliver. He certainly did that.

His assist for Lukaku's opener was sublime. The run, the pass, it was all perfect. And in the second period, he capitalised on a Tyrone Mings mistake to deftly guide the ball beyond Jed Steer.

There were occasions throughout that highlighted Kovacic's lack of defensive awareness, but he was undoubtedly Chelsea's difference-maker. 8

The Spaniard was thrown straight into the starting XI by Thomas Tuchel and that proved a mistake as Saul struggled with the intensity of Villa's pressing game. Throughout the first half, he was caught in possession or lost the ball and that was the springboard for several of the visitors' attacks.

Saul was brought off at half time. That was no surprise. He will improve, of that there is no doubt. But this was certainly a debut to forget. 4

In the space of 12 months, Alonso has gone from being banished from the first team to captaining. Not a bad turnaround. Against Villa, the Spaniard chugged up and down the left flank but didn't carry his usual threat in the final third. 6

With Mason Mount having featured regularly for England while on international duty, Ziyech was given an opportunity to impress as Chelsea's No.10. There were flashes of his quality and a couple of excellent passes, but the Moroccon star wasn't able to replicate the kind of decisive performance he displayed in pre-season. 6

The German was somewhat of a surprise starter given he suffered from flu during the international break, and he struggled to impose himself of the contest. There were a couple of nice touches but the threat that characterised his early season performances was missing. Replaced not long after the hour. 6

Chelsea spent £97.5million on the Belgian striker to make the difference in the key moments, to drag Chelsea to victory when not at their best. He did that at Stamford Bridge today.

The composure and ruthlessness showcased by his opener was everything the Blues lacked in the penalty box last term. And his second goal, a powerful drive from the edge of the box, further highlighted his quality.

Introduced in place of Saul at the half-time interval and Chelsea were instantly improved. His importance highlgihted again. 7

Brought on at right wing-back to help shutdown that flank. Rarely moved beyond the halfway line but when he did, he teed up Lukaku's second. 7

Given the final ten minutes. Didn't have time to make an impact. N/A