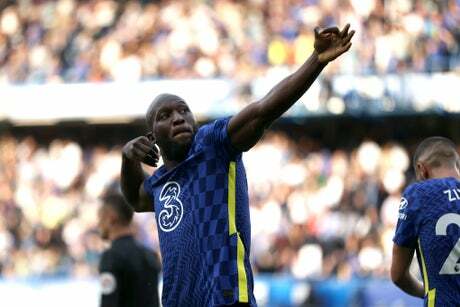 Mateo Kovacic teed up Lukaku’s opener then later punished Tyrone Mings’ loose back-pass for a goal of his own.

Lukaku then rifled in an unstoppable left-footed strike to make it three goals in as many Premier League appearances this term, extending Chelsea’s unbeaten start to four matches.

The Blues have matched leaders Manchester United’s three wins and a draw in the new campaign, trailing the Red Devils only on goals scored.

The 28-year-old has already proved himself every inch the sharpshooter extraordinaire, just three games into his second Chelsea stint.