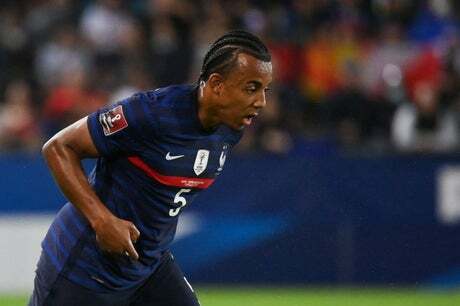 Chelsea will monitor Jules Kounde ahead of a potential move in January or next summer.

Thomas Tuchel was unable to land his top defensive target on transfer deadline day but the German remains a firm admirer of the Sevilla centre-back.

Chelsea thought they were closing in on a deal for Kounde in the final days of the window but saw their hopes end when Sevilla insisted on his release clause of around £68million being met in full.

While the Champions League winners were not prepared to do that this summer, they remain interested and there is still the possibility of resurrecting the deal when the window opens midway through the season.

Tuchel made room for Kounde’s arrival through the sale of Kurt Zouma to West Ham.

The £29.8m received for Zouma, along with £34m for Tammy Abraham and £24m for Fikayo Tomori, contributed to a healthy return for Chelsea in sales this summer, meaning there is still a sizeable budget available to Tuchel, despite Romelu Lukaku arriving for a club-record £97.5m.

Extra cover in defence is seen as the next priority for Tuchel after securing the No1 target in a top-class goalscorer.

The deadline day loan deal for Saul Niguez will add more depth in midfield and could turn into a permanent move if the Spain international is a success this season.

But Tuchel is thinking about his long-term defensive options with 36-year-old Thiago Silva out of contract at the end of the season and Cesar Azpilicueta having now turned 32.

Wing-back Achraf Hakimi was another defensive target this summer, who would have allowed Reece James to be deployed as a third centre-back more often, but Chelsea lost out to Paris Saint-Germain in the race for the former Inter Milan player.

Kounde, at 22, is seen as one of the brightest emerging stars in Europe, which is why Chelsea wanted to snap him up this summer.

Sources in Spain claim the player has been left bitterly disappointed by Sevilla’s refusal to do a deal.

Chelsea have also moved to try to secure the long-term futures of Andreas Christensen and Antonio Rudiger by offering both long-term extensions.

Christensen is close to agreeing terms after seeing his Stamford Bridge career reignited under Tuchel.

The Denmark international, who is out of contract next summer, told Ekstra Bladet: “I know a lot is being said right now. I can't say too much, but I think it looks good.

“We have won the Champions League and the Super Cup. I am very happy to be at this club and feel Chelsea are the right place to be in England.

“I know Thomas Tuchel believes in me. I have also played a big role since he came.”