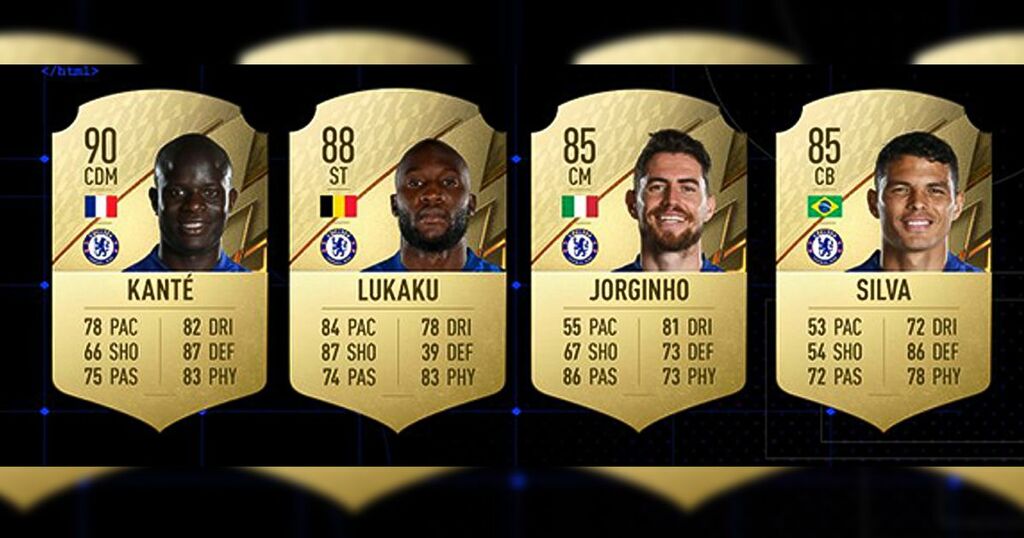 Chelsea fans have slammed their team's player ratings in the upcoming FIFA 22 game.

The ratings for next season's version of the popular video game were released on Monday, September 13, but have left Blues fans very unhappy.

N'Golo Kante takes Chelsea's top spot as their highest-rated player once again with a 90 overall rating out of 99, and summer signing Romelu Lukaku is the second highest at the club, ranking at 88 overall.

But other players weren't so highly rated.

There were also some downgrades in the Chelsea squad from last season, with the biggest surprises being Cesar Azpilicueta (-1 overall) and Kai Havertz (-1 overall), who had impressive seasons last year.

Like Havertz, Timo Werner and Hakim Ziyech also downgraded from 85 to 84 overall, however, these downgrades were more expected after their performances from last season.

And the ratings have left Blues fans fuming.

football.london's Chelsea FC correspondent Adam Newson tweeted: "Not on board with a lot of these #FIFA22 Chelsea player ratings. Only two players above 85 (N'Golo Kante and Romelu Lukaku).

"Where's the love for the European champions?"

Dozens of fans agreed as they slammed the ratings for Chelsea players.

One wrote: "Even as consistent as Azpi is, not even 85, yet Shaw is above him in ratings. Azpi is one of the most consistent defenders in the premier league for Chelsea, yet! Or should I talk about Edouard Mendy? They just swapped his rating with that of Kepa. We can go on and on...."

Another added: "J5 getting a lower rating than Henderson when he won the UCL lmao."

"Will be fascinating to compare our ratings to United and Liverpool - who both had worse seasons," a third replied.