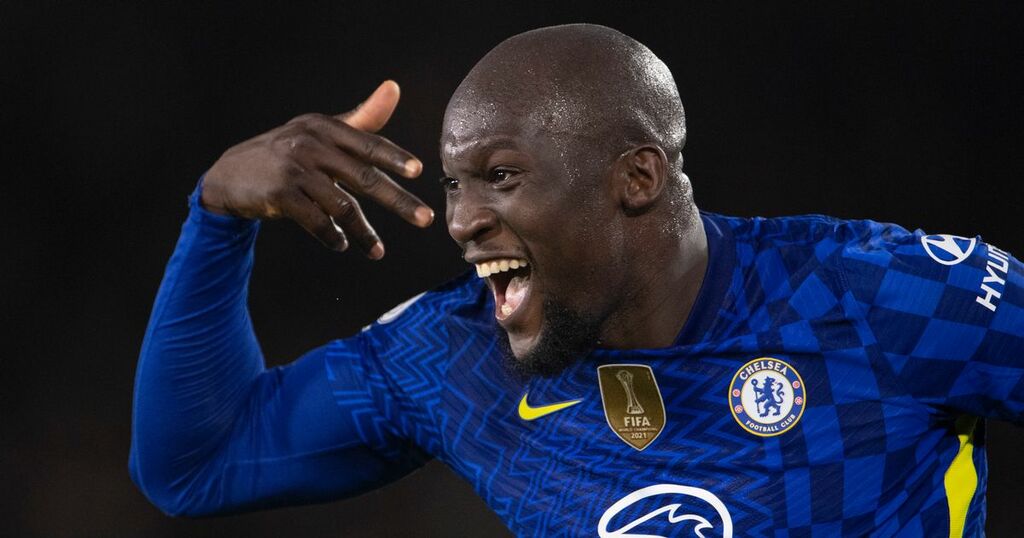 Confirmed Chelsea team vs Liverpool: Chalobah, Kovacic and Lukaku start, Kante on the bench
Chelsea will be hoping to get their hands on the FA Cup for the first time since 2018 when they…

Chelsea will be looking out for revenge against Liverpool in the FA Cup final, and Thomas Tuchel has some interesting…

Motorsport
From analysis to good news, read the world’s best news in one place
Emma Raducanu playing without expectation at French Open in bid to build Grand Slam fitness levels

It was another case of nearly but not quite for Chelsea at Wembley as Thomas Tuchel's side pushed Liverpool all the way to sudden death for the second time this season as the Reds claimed their second domestic trophy of the year.

The Blues have been runners-up in both competitions and can only hope to secure Champions League football in their remaining two Premier League matches against Leicester and Watford, with the pace of Manchester City and Liverpool leaving them as also rans. Those outcomes have left it difficult to assess what to make out of the Blues' 2021/22.

The devastation was clear to see on the Wembley turf with Mason Mount obviously crestfallen staring at the floor, Antonio Rudiger sat on the pitch and Romelu Lukaku with folded arms staring at the sky, all while red flares started to fill the air in Liverpool side of the stadium.

"It heavily depends on what we do in the next two games and where we end up." said Tuchel when asked how he could assess Chelsea's season. A difficult task in the immediate aftermath of brutal defeat. However football.london takes a look at just a few of the takeaways from the 120 minutes of football below:

The Brazilian was the oldest outfield player to feature in a FA Cup final since Stanley Matthews on Saturday afternoon and despite coming to the end of his 20th season as a professional footballer, Silva proved his importance and class to Chelsea once again.

The 37-year-old once again showed unparalled composure throughout the match, punctuated by his pirouette with the ball to beat Sadio Mane's pressure, and even some speed to rein in the lightning Luis Diaz in the 90th minute. Silva showed how wise it was for the Blues to extend his contract from another season back in January.

In one instance however, the former PSG star's final looked like it could be cut short. A lengthy stoppage ensued when Trevoh Chalobah caught Silva's knee on his follow-through following a vital clearance. Anyone of a Chelsea persuasion likely had their heart in their mouth and a bead of sweat on their brow with no natural replacement available - Cesar Azpilicueta and Malang Sarr being the only defensive candidates on the bench.

Tuchel acknowledged the situation in his post-match press conference: "Yeah, of course, no options today. I was clear in some moments we would suffer and unfortunately, we suffered in the first 15 minutes."

Andreas Christensen, the other played to have been deployed in the heart of the back three this season, was absent from Tuchel's squad, and is set to leave Stamford Bridge this summer. The feeling while Silva received treatment should be used as as lesson for the Blues to ensure they move in the summer to provide their veteran with more support.

Jules Kounde has been linked to the club since last summer, and the importance of replacing Antonio Rudiger has been discussed but the Blues most mould their Silva successor from the beginning of next season, so as not to burn the Brazilian out.

From not being in the squad for the FA Cup semi-final against Crystal Palace and being made available for Chelsea's under-23s last weekend, Chalobah managed to make his way into Tuchel's starting XI against the Reds. The 22-year-old was afforded little time to settle as Liverpool looked to exploit crossfield balls from the likes of Trent Alexander-Arnold to release Diaz on the left-hand side.

It didn't take long for people to start to criticise the Chelsea youngster as Diaz found himself in space time and again in the opening 20 minutes but the Blues' solution perhaps showed he was not solely to blame. Reece James began to play closer to his teammate to swallow up the space, while Mason Mount was relentless in his work up and down the flank, even if it was often fruitless, as Tuchel's side stifled that route.

This allowed Chalobah to be more proactive in his defence too, forcing the issue when players received the ball in his vicinity rather than constantly been on the turn in an attempt to chase Diaz down.

In a repeat of the Carabao Cup final, the former Huddersfield Town loanee grew into the game admirably once again and improved over the course of the period he was in the pitch. It was not a perfect performance but it was another clean sheet to add to the defender's ranks too, as he continued his run of being unbeaten over 90 minutes when starting for the Blues.

Hopefully is rate of improvement can continue more broadly the more time he has on the pitch.

Coming up short at Wembley

Three FA Cup finals in three years for the Blues and three defeats. Clashes against Arsenal and Leicester were of course massive opportunities, but Chelsea will be disappointed they did not capitalise against Liverpool. Defeat on Saturday has seen the west London side join Manchester United and Everton on more final defeats than anyone else (8).

Nevertheless, the Blues have lifted two trophies, made two more finals and appear set to finish third in the Premier League. Is that success? Can Tuchel be happy with that? We must return to his words from the press conference.

"It heavily depends on what we do in the next two games and where we end up," Tuchel said, "Then I will give you my honest opinion about it. I think we reached now consecutive domestic finally – and we reached the FA Cup final last year – and while I will not promise victories, I will promise that we will deliver, heart, passion, commitment, and living up to the fullest and having no regrets.

"This is what we do and we will not stop doing it. But like I say, they have an awful lot to play for, have everyone available, and they built this team for a long time. They are very, very consistent and we are in the opposite situation at the moment.

"We have the sanctions, players are leaving, and so to arrive in a final like this, to play in a final like this, and of course, I am wearing a Chelsea shirt, but to produce a performance like this – and I'm not saying they did not – I thought we deserved it a bit more maybe given how we arrived. Unfortunately, I have nothing to prove it in my hands."

As Jurgen Klopp stated, to an extent, penalties are a lottery but the fact the Blues have made five of the last six finals is illustrative of Chelsea's continued competitiveness, even during difficult circumstances. Falling short gives no illusion that there is work that can still be done to improve the club. With Todd Boehly watching on, and little now left to play for, Tuchel's words should resonate with the new ownership group.

It could be a tumultuous summer of player turnover and it has the potential to leave the Blues in a weaker position than 12 months ago. The challenge is now to ensure that doesn't happen.

Confirmed Chelsea team vs Liverpool: Chalobah, Kovacic and Lukaku start, Kante on the bench
Chelsea will be hoping to get their hands on the FA Cup for the first time since 2018 when they…

Chelsea will be looking out for revenge against Liverpool in the FA Cup final, and Thomas Tuchel has some interesting…