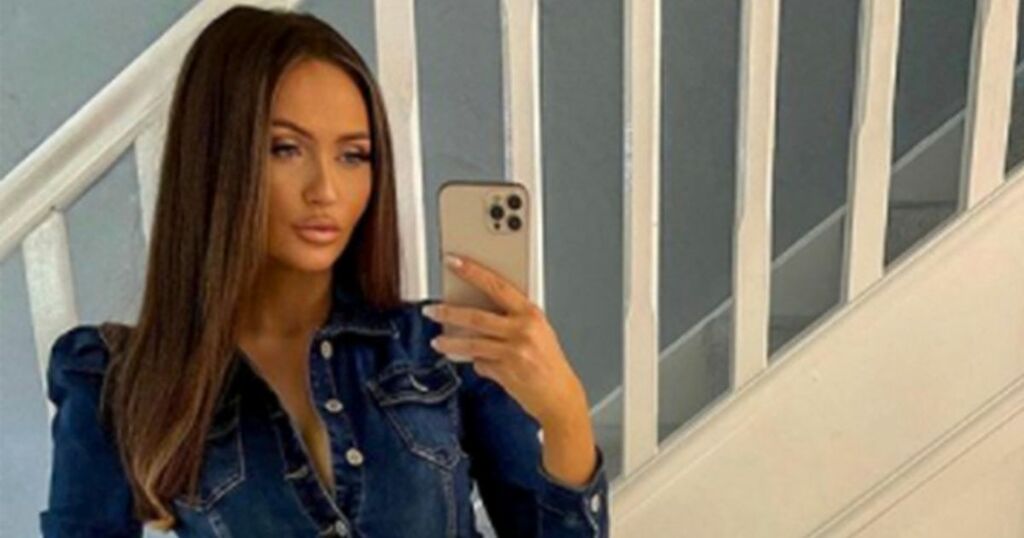 Charlotte Dawson has revealed a stunning body transformation after she was forced to take drastic action following a diabetes scare.

The influencer and reality TV star, 28, was warned by doctors earlier this year to clean up her diet, otherwise she’d be at serious risk of developing Type 2 diabetes.

Charlotte's dad, late comedian Les Dawson, also had been diagnosed with the condition prior to his death in 1993.

The mother-of-one took to Instagram on Tuesday as she revealed her impressive weight loss after embracing a better diet and working out.

The clip features a side-by-side before and after of Charlotte working out in her living room while wearing workout gear, with one side filmed just after her health warning from doctors, and the other filmed after she overhauled her lifestyle.

Charlotte can be seen jumping around the room, before hitting the floor and doing sit ups, which she joked she wasn’t “the best” at.

“I’m feeling proud of myself.. I never thought I could change my lifestyle & my food to help me with my diabetes scare.. but here I am!!” she wrote.

“I canny believe I’m actually exercising now & enjoying it!! I used to hate it,” Charlotte continued, before asking her followers if they wanted her to make an Instagram account which documented her weight loss and health journey.

“A little less chunkeh but always funkeh... but as long as I’m bettering my life for Noah, Matthew & my fambo then I’m happeh,” she quipped.

Back in June, a visibly emotional Charlotte confessed that she’d been told by doctors to get a grip on her diet, and her mother Tracy, 70, who had been diagnosed with Type 2 diabetes, warned her daughter to get her act together.

During the 18-minute long video, the influencer explained that she had been diagnosed with gestational diabetes while pregnant with her son Noah, who she shares with fiance Matthew Sarsfield.

"I went to the doctors and basically been warned," Charlotte said, adding that when she was told she had gestational diabetes, her “whole world collapsed”.

"It’s hard when you're pregnant because I don’t crave vegetables, I crave chocolate and things like that,” she shared.

Charlotte told her followers that if she didn’t “completely change” her diet, she was going to be put on insulin, which would help to control her Type 2 diabetes if she was diagnosed.

“I’ve got to be here now for my family,” she stated.