Ferrari superstar Charles Leclerc has condemned the suggestion that Formula 1 could drop the Monaco Grand Prix from the calendar in the future, labelling it a ‘bad move’.

F1 owner Liberty Media is reportedly assessing how to continue to grow the sport in new markets following the immense success of Netflix ’s docu-series Drive to Survive. Monaco, dubbed the ‘crown jewel’ of F1, is one of the races believed to be under threat, along with Belgium’s Spa event which is also shrouded in history.

Leclerc, who hails from Monaco, does not believe his home race should be dropped. The Monegasque driver said: “It would be a bad move for both parties.

“I have never known Monaco without F1 apart from Covid reasons in 2020 and F1 without Monaco for me is not F1.”

Liberty Media is facing pressure to add more races into the season, including the new event in Las Vegas next year which will become the third American race on the calendar - but they don’t want to expand the year too much. Monaco reportedly pays the smallest fee for a spot on the calendar due to the stature of the event, while it also holds a relatively small crowd of 68,000 while other races pass 400,000.

However, the event is close to a sell-out for this year’s race. Leclerc believes the history and popularity of the iconic race means Monaco must remain on the calendar going forwards.

“F1 has some historic tracks like Silverstone and Monza - and Monaco, too,” Leclerc added. “And they should stay on the calendar.

“Monaco is one of the best tracks out there, in terms of qualifying there are no places I enjoy as much here, and where the driver can make as much difference.

“The races are so close. The danger, you can still feel it because you really have the sensation of speed and in terms of qualifying it is probably the most exciting of the year.

“I agree in the races there are maybe some things we could change here and there to help overtaking. But in terms of challenge for the drivers it is one of the toughest challenges of the year.”

Leclerc has never finished a race in his native Monte-Carlo during his entire career, but he will be hopeful of rectifying that record after he let go of the championship lead to rival Max Verstappen. The Dutchman won the Spanish Grand Prix to claim the lead in the Drivers’ Championship despite Leclerc having a dominant 46-point lead after the first three races.

Do you think Charles Leclerc will win the Monaco Grand Prix this weekend? Let us know in the comments section.

Regardless, Leclerc believes his familiarity with the track can help him secure a win over Verstappen this weekend. The 24-year-old played down his turbulent record in Monaco, pointing to his improved results in 2022 as reason to believe he can claim the chequered flag on Sunday.

“I don't think about it,” Leclerc concluded. “It's not been the luckiest track for me overall, but it's life. It happens. It's part of motorsports, and sometimes things just don't go your way, and hopefully this year will.

“But I'll just take the same approach as I've done in the first few races of 2022. Because it's been successful until now, and hopefully it will be successful here at home.” 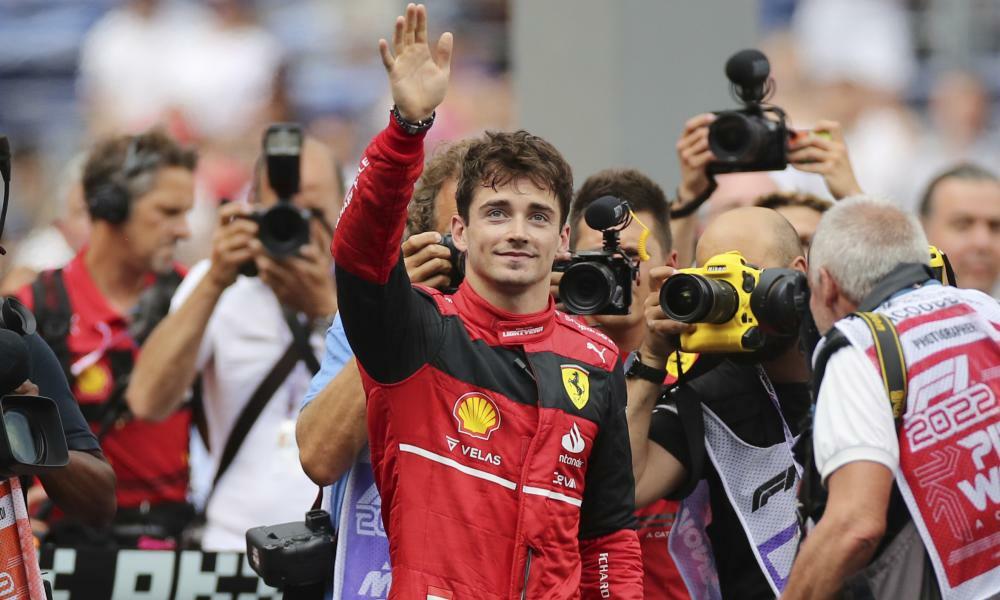 The Guardian - UK
One subscription that gives you access to news from hundreds of sites
F1 Monaco GP: Leclerc leads opening practice from Perez