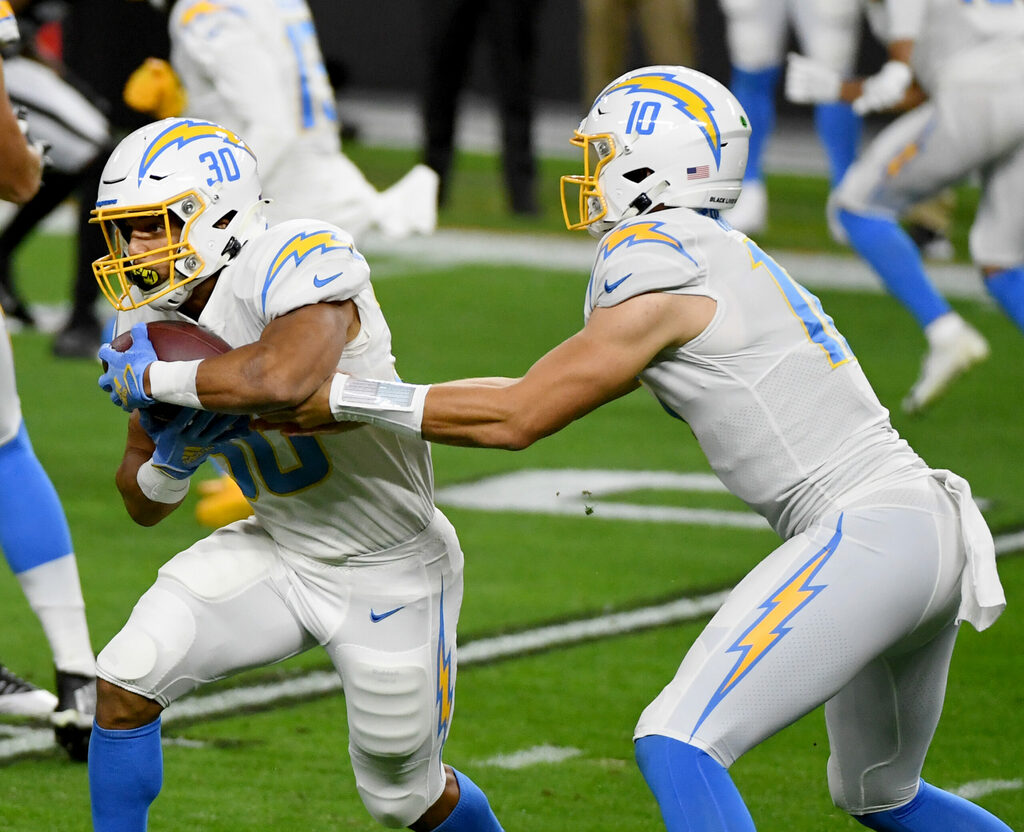 We are officially in the midst of the 2021 regular season, with the majority of the games ensuing tomorrow, which also means that fantasy football matchups will largely be determined then.

As owners are finalizing their rosters, join me as I break down the Chargers that you should start and sit to reclaim a title or dethrone last year’s champion.

Look, this does not mean you should drop Herbert in favor of another player. Frankly, I believe he is capable of finishing as a top-5 QB by the end of the season. But in the first game, don’t expect a lot of points from the sophomore signal-caller. Facing a fearsome front and a stout secondary that allowed the fifth-fewest points to quarterbacks last season, Herbert could be kept to one of his most quiet performances. Again, only bench him if you have another quarterback on your roster who has more of a favorable matchup.

While Ekeler is listed as questionable, head coach Brandon Staley expects him to play, adding that “he looked good” at practice. In this new offense under Joe Lombardi, Ekeler’s workload should be hefty considering Alvin Kamara was one of the most productive backs during their time with the Saints. Despite facing one of the best defenses, Washington still allowed 114.5 rushing yards per game last season. Ekeler’s great ability to make an impact in the passing game should also be put to use.

The Chargers are excited for the potential of Williams in Lombardi’s offense and while he could have a breakout season, the start of that will unlikely come this weekend. Washington gave up 201.9 passing yards last season and with him expected to draw a tough matchup in cornerback William Jackson, it could be hard for Williams to rack up points. In addition, with Herbert likely to face a good chunk of pressure, the plays down the field where Williams makes his money could be kept to a minimum.

Cook was signed to replace Hunter Henry and because of his familiarity with Lombardi’s offense, which he was quite productive in. In two seasons with New Orleans, Cook had 80 catches for 1,209 yards and 16 touchdowns. Not only did Herbert and Cook develop a strong connection during the summer, the sophomore could look to make a smooth transition in a new system by heavily relying on someone who’s well-versed in it. If there’s a prediction that I’m making, it’s that Cook will lead the team in targets in Week 1.

Even with Washington adding Ryan Fitzpatrick coupled with the weapons around him, there’s reason to believe why the unit could struggle. Head coach Brandon Staley oversaw the Rams’ defense that ranked No. 1 in both yards and points last season. His emphasis on bringing heat from as many places and coverage disguise in attempt to create uncertainty for quarterback — combined with playmakers led by Derwin James, Joey Bosa, Linval Joseph, Kenneth Murray, Michael Davis, Chris Harris Jr. and rookie Asante Samuel Jr. — could force Fitzpatrick into some mistakes.