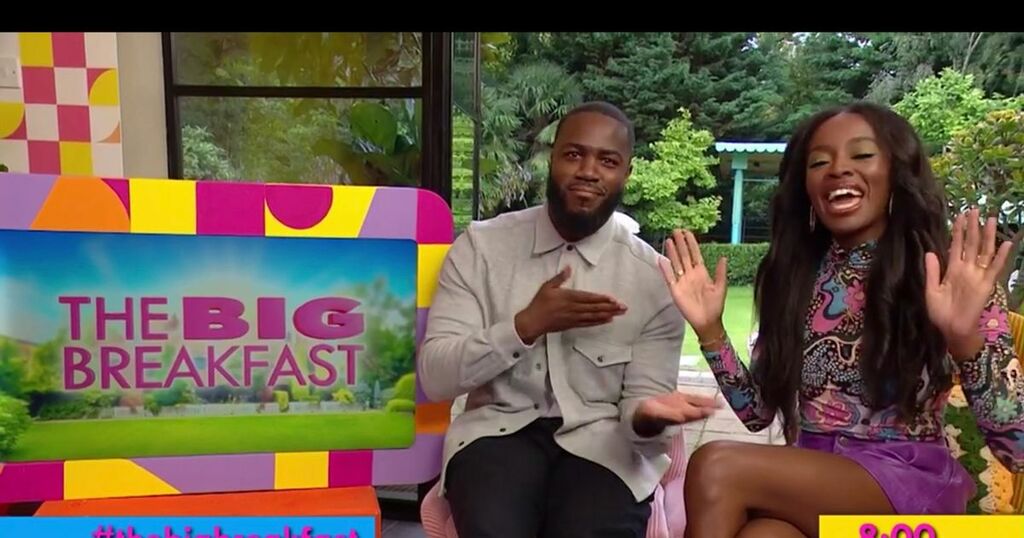 Friday was a TV day that could have an impact long after Emma Raducanu’s burgeoning tennis career is over.

A bigger day than Cristiano Ronaldo’s return to Manchester United and bigger still than every reality TV show in the country combined.

Twenty-four hours devoted to programmes made and fronted exclusively by black talent.

Arguably one of the most important days of British television in the last 50 years.

A chance to prove to the people who run our channels there is no excuse to have entire days with zero black hosts when there are so many capable performers out there not getting the opportunities they deserve.

For the critics wondering why there isn’t an all-white day of presenting? Well, we’ve had them for most of the last half century.

As a kid I remember calling up the stairs to the rest of my family whenever I saw anyone black on TV.

It kicked off with Nineties sitcom Desmond’s – one of the few on British TV to feature a primarily black cast.

The reruns served as a reminder that in 2021 the odds are still as stacked against immigrants as they were 30 years ago (unless, of course, you’re half decent at tennis).

A merciless summing up of British TV followed with an appearance from Guy Goma, the man infamously – mistakenly – interviewed on BBC News as an IT expert when in fact he’d been waiting for a BBC job interview.

The TV culture has needed to change for years. Here was Channel 4 taking a sledgehammer to it.

Other gems included ex-Spice Girl Mel B hosting the station’s Steph’s Packed Lunch alongside football pundit Chris Kamara, Sir Trevor McDonald hosting Countdown. Lesser known names such Jean Johansson and property expert Tayo Oguntonade smashed their chance to introduce themselves to the wider public out of the park on A Place In The Sun and The Great House Giveaway respectively.

Siblings Scarlette and Stuart Douglas excelled in place of Kirstie Allsopp and Phil Spencer on another property show, Love Or List It while an all-black episode of 18-24 soap Hollyoaks took yet another swing at the societal stereotypes that the new generation remain unafraid to shy away from.

An outstanding episode of Channel 4 News followed with great scoops and an answer to what such shows could look like if newsrooms really were representative of the wider public.

Some of our mainstream TV channels are quick on the right words in terms of levelling up, but slow on action.

Channel 4 left them all embarrassed last week with their willingness to show you can give a chance to black presenting talent – if you really want to.