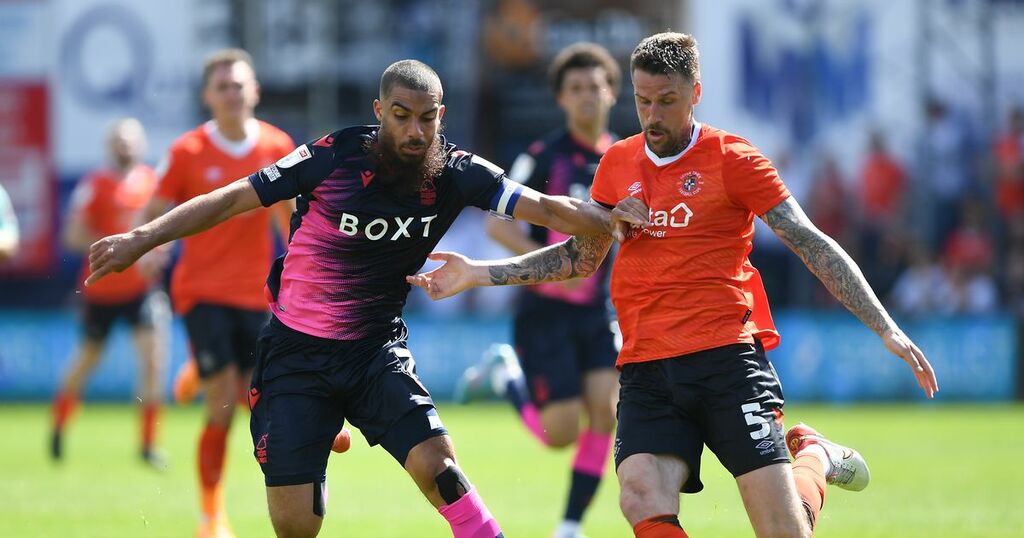 Championship play-off power rankings as four clubs in £200m bid to reach Premier League
Luton, Huddersfield, Sheffield United and Nottignham Forest are set to fight it out for a place in the Premier League…

The Championship play-offs are here with four sides set to battle it out for the right to join Fulham and Bournemouth in the top flight next season.

Not only are Huddersfield, Luton, Nottingham Forest and Sheffield United fighting for the prestige of a place in the Premier League but they are also chasing down the financial riches that come with victory - estimated to top £200million this year.

Ahead of the semi-final first legs, Mirror Football have rolled out our power rankings to determine who could reach and win the final on Sunday, May 29.

The Hatters would not have been in many people's pre-season predictions when it came to finishing in the top six. But Nathan Jones' side have bellied their modest budget and have enjoyed a superb campaign.

An unlikely tilt at the Premier League would arguably be one of the biggest shocks witnessed in English football in many years. They booked their play-off place on the final day with a professional win over Reading. That helped them get over a 7-0 tonking by champions Fulham in their penultimate match.

But Luton know they are very much underdogs heading into the end-of-season lottery. It looks a tall order for them to come out on top but having no pressure on them may work in their favour.

The Blades ended the regular season strongly with three straight wins. The last of those was a hugely impressive 4-0 win over champions Fulham.

It booked United's play-off spot and now they go in search of that elusive win in this format at the ninth time of asking. It has become something of a hoodoo for the club and it is up to Paul Heckingbottom and his players to end the curse.

Their record against the other three teams this term isn't great though, with just a solitary win from six meetings.

Forest haven't played in the top flight of English football since 1999. It has been a long and, at times, painful journey since then for loyal City Ground followers. But Steve Cooper's appointment just a month into the season breathed fresh life into Forest.

They have surged up the table and to finish fourth, after being bottom when he arrived, is some achievement. But they, like Sheffield United, will be attempting to end their play-off hoodoo.

Four previous attempts have seen them end in failure. Each one has seen them fall at the semi-final hurdle and Cooper himself has lost out in the last two Championship play-off pushes with ex-club Swansea. He will no doubt have extra motivation to ensure it is third time lucky this year.

Town can consider themselves the play-off specialists. They are the only one of these four sides to have previously come out on top in the format. They have quite the history in the play-offs, with no fewer than four victories and with the unique feat of having got promoted out of all three EFL tiers by this particular route.

This is their tenth play-off campaign and they'll be looking to make it three wins in a row. They go into it as the form side in the Championship, having taken 16 points from a possible 18. Carlos Corberan's side are certainly the ones to beat.

Championship play-off power rankings as four clubs in £200m bid to reach Premier League
Luton, Huddersfield, Sheffield United and Nottignham Forest are set to fight it out for a place in the Premier League…