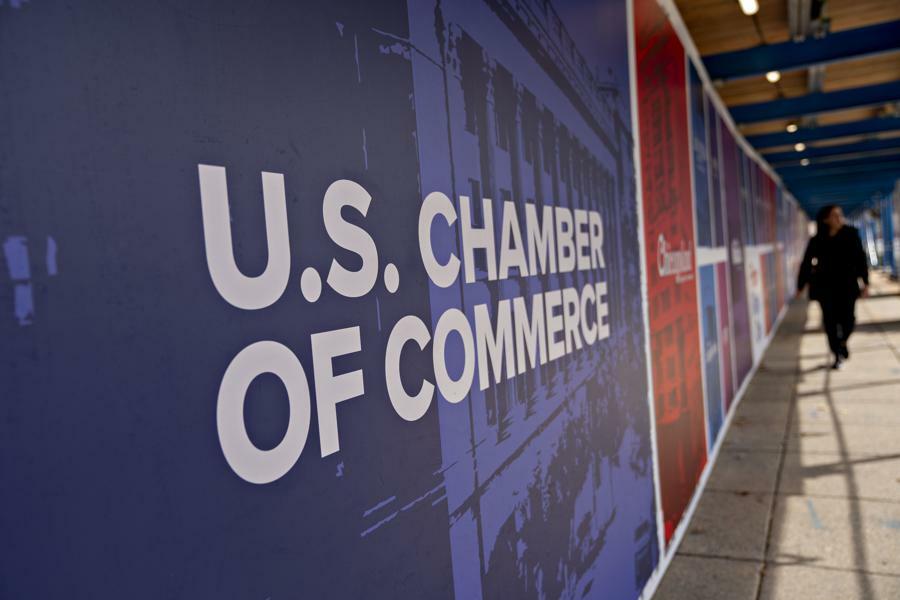 The U.S. Chamber of Commerce is pledging to do what it takes to stop government officials at all levels from using a heavy hand to stifle the innovation, the resilience, and the dynamism of the economy, Chamber President and CEO Suzanne Clark asserted at the Chamber annual State of American Business Symposium today.

“We will stop them. We will challenge overreach and defend the rule of law at every turn, in every agency, and with every tool at our disposal … in Washington, in statehouses, and in the courts,” the Chamber’s leader vowed. She added the Chamber’s approach to the fight will include increased use of its litigation center.

The heavy hand, Clark claimed includes the Federal Trade Commission’s aggressive stance against mergers and acquisitions and modern “trust busters” from both parties on Capitol Hill, aggressive oversight, and overregulation from agencies like the Securities and Exchange Commission and the Consumer Financial Protection Bureau, the Department of Justice, the Environmental Protection Agency, and the Internal Revenue Service.

As part of the fight, Clark said the organization wants to inspire a new movement of bold business advocates committed to defending those elected officials who dare to find the common ground necessary to enact durable policies to move the nation forward.

“We want to see the people at the center of the country be as loud as the extremists. It is really an important part of the solution,” she said.

To help alleviate the crisis of the worker shortage, Clark is calling for doubling the number of people legally immigrating to the U.S.; a permanent solution for the “dreamers;” and the removal of barriers to work facing parents including increasing access to childcare and letting those without broadband access gain access to it.

She faulted the Biden Administration for doing little to negotiate trade agreements while other economies race to ink new deals. She added the nation has not entered a new trade agreement in a decade.

Clark cautioned China is continuing to rise as a formidable and strategic competitor.

“China has emerged as the top trading partner and source of investment in much of Africa and Latin America too. If the U.S. fails to engage in mutually beneficial trade agreements with these countries, we’ll lose export sales and the domestic jobs they support ... not to mention weakening strategic alliances,” she warned.

Clark claimed the nation’s highest corporate tax rate in the industrialized world is putting U.S. companies at a disadvantage.

She noted new business formation in 2021 shattered all records.

Speaking about the group’s plans to spend on candidates in the House and Senate midterm elections, Chamber Chief Policy Officer Neil Bradley said it is way too early how much the Chamber will spend on who in which races.