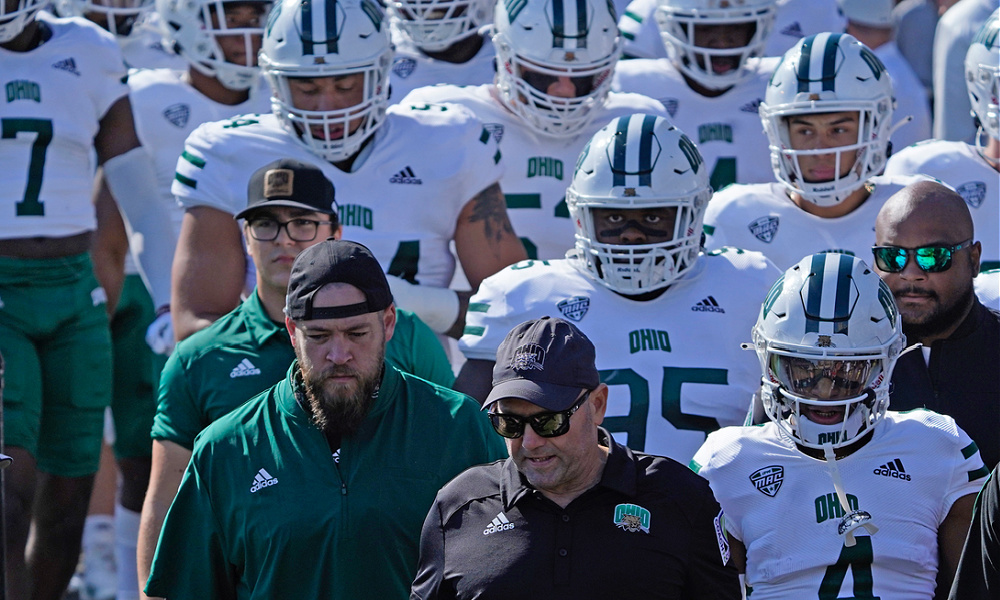 Central Michigan vs Ohio How To Watch

Why Central Michigan Will Win

So where has it gone so wrong for Ohio?

The running game finally got it going against Akron last week, but the passing attack has sputtered and the defense hasn’t done much of anything to come up with key stops.

Central Michigan’s defense has been terrific on third downs, and the offense is good enough running the ball to control the game.

The Chippewas are 2-0 when hitting the 200-yard mark – Ohio is the worst in the MAC against the run allowing 249 yards per game.

Why Ohio Will Win

Was the Akron game when everything starts to turn?

The Ohio offense just wasn’t itself over the first month, and last week the offensive line finally took over.  It’s been a plus for a team that’s had a whole lot of problems, but now it’s starting to come together.

The issues with the Ohio run defense will be on display.

Central Michigan won’t get too crazy, but it’ll run well, spread it out a bit and keep the chains moving with the short passing game, and it’ll control the game by having the ball for close to 35 minutes.