Census data shows we're more culturally diverse than ever. Our institutions must reflect this

Almost half of us have at least one parent born overseas (48.2%), and almost a quarter of us (24.8%) speak a language other than English at home.

Just over a quarter of us (27.6%) report being born overseas, and of those, India has risen to become the second-most common overseas country of birth after England.

The growing number of first-generation migrants means Australians’ ancestry will change significantly over the next decade. Australia will continue to change and look different, and we must ensure our institutions and policies reflect this.

That work, by governments and policymakers, should begin now so they can gain trust and maximise the belonging of these communities. Research shows feelings of belonging lead to better socioeconomic outcomes.

It’s likely there would have been substantially more immigration were it not for the COVID pandemic and subsequent restrictions and lockdowns. Some 84% of the one million new migrants arrived before the virus did.

Three bits of data stuck out to me from this initial census data release:

These data show the changing face of Australia and our global links.

They also reveal suburban clusters in the major cities where ethnic groups have a critical mass, median incomes are higher than the state and national average, and tertiary education rates are on the rise (examples include Girraween and Castle Hill in NSW).

Such figures show social class is an important factor when looking at data on migrant populations. In areas with a higher percentage of working class migrants and resettled refugees, such as those mentioned towards the end of this article as more impacted by COVID, household incomes are lower and hence they require more consideration for future planning needs.

But given the big changes in country of birth data, Australians’ ancestry will look very different over the next decade.

This will have policy and planning implications across schooling, housing and local government services.

It will translate into the need for our diversity to be reflected in all aspects of society, including professions, media, decision-making roles and government.

These data also show Australia is as multicultural, if not more, than countries such as Canada, the United Kingdom and the United States.

Data from the 2016 census in Canada, which is known to be multicultural, shows 21.9% of people there are immigrants, with the largest share being from South Asia.

According to 2020 data, nearly four in ten Americans identify with an ethnic group other than white.

Australia would have received more migrants were it not for the COVID pandemic, which shut borders from early 2020.

We would have had more tourists, and more people arriving on work and student visas. Census data shows the pandemic led to an 80% decrease in the number of overseas visitors. This affected the economy, particularly in sectors such as tourism, hospitality and higher education.

We also received less relatives of overseas-born Australians, for example on family-sponsored visas. This can have impacts on childcare, care of elderly relatives and mental health.

Some areas with a high percentage of migrants were heavily affected by COVID and pandemic restrictions.

Western Sydney was an area disproportionately affected by COVID infections and deaths over the last two years. It was also subject to strict COVID restrictions and a heavy police and even military presence.

In Flemington, Melbourne, the site of a public housing tower lockdown in 2020, 47.1% of people have both parents born overseas. Somalia and Ethiopia feature in the top five countries of birth.

In Dandenong, south-east of Melbourne, 75.4% of people have both parents born overseas. The area has also suffered disproportionately more COVID deaths.

We don’t yet know the full extent of COVID impacts on these areas though. Further census data is due to be released in October featuring employment and work commute data for these areas which will be important to look at for COVID impacts.

Sukhmani Khorana has received funding from the Australia Research Council, the Australia-India Council, and conducts contracted research for migrant and refugee-focused organisations in Western Sydney.

AAP
Morrison called to explain secret cabinet
The prime minister has received legal advice on whether Scott Morrison breached the constitution by swearing himself into ministerial portfolios. 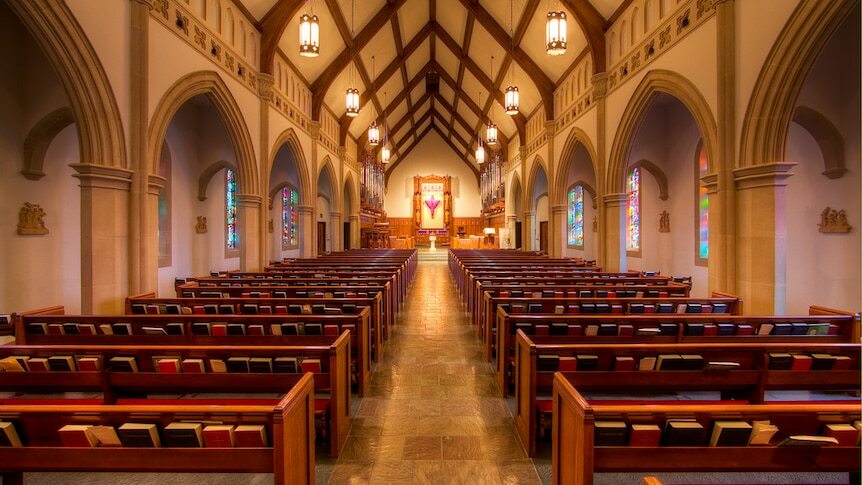 Census 2021 data shows Australians are less religious and more culturally diverse than ever
For the first time, census data shows fewer than half of Australians say they are Christian, while almost as many…

ABC News
One subscription that gives you access to news from hundreds of sites
India now third most common place of birth of Australian residents, census results show

ABS data shows that in 2021 more than 600,000 residents were born in India, overtaking China and New Zealand

Australia, it's time we took a good, hard look at ourselves. The first results of the 2021 census will be…

AAP
Morrison called to explain secret cabinet
The prime minister has received legal advice on whether Scott Morrison breached the constitution by swearing himself into ministerial portfolios.
Our picks