Celtic are a top side, but don't be over-awed, says Accies Women boss 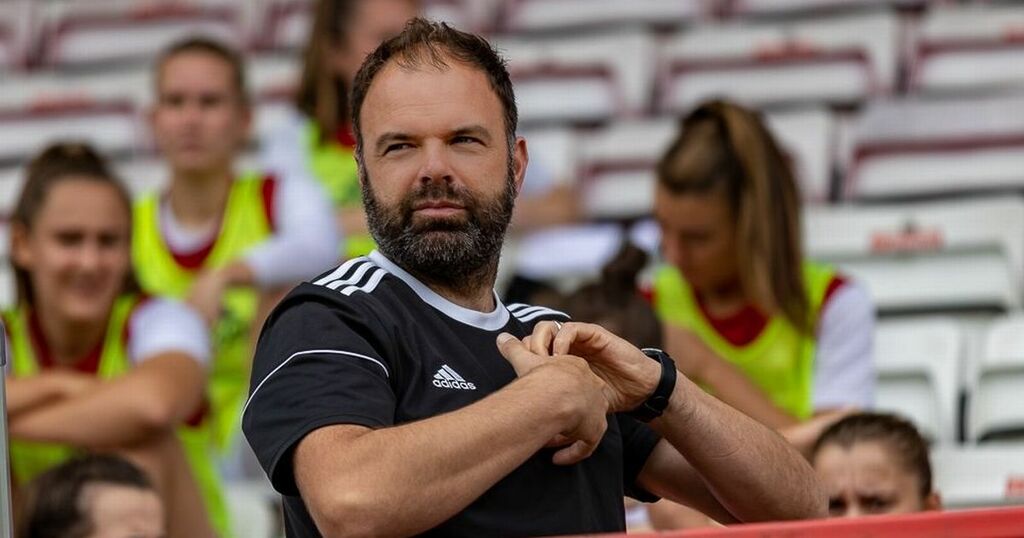 Hamilton Accies Women coach Gary Doctor has told his side to enjoy Sunday’s SWPL1 clash against Celtic and not be over-awed by the occasion, as he tries to spring a surprise on the Glasgow giants.

Accies go into the New Douglas Park showdown on the back of four straight defeats which have left them bottom of the table, while second-placed Celtic have four wins and a draw in their five games.

Doctor’s side fell to a disappointing 3-0 defeat in the first ever Lanarkshire derby against Motherwell at Alliance Park on Sunday, and he wants his side to learn from that.

But he says a lot of pressure is off them when Celtic visit, and that could work in their favour.

Doctor said: “It’s another one to go and enjoy; the club are trying to make an occasion of it with an event beforehand, so there might be a larger than normal crowd.

“Celtic are a team we’ve not played for a long while, but we’re certainly familiar with them.

“They’re a good side, they played in the Champions’ League this season, and finished second last year so they’re a team to be respected.

“But this is what we got our promotion for, to play these games, so we’ve got to enjoy that fact as well.

“We need to make sure they’re not over-awed, and I don’t think we have been.

“Nerves have played a part in a couple of the games, but these games less so, because the pressure’s maybe not on as much.

“But it’s a game we can try and spring that surprise in, and it’s up to us as coaches and the players to come up with the performance that you would need to be able to spring a surprise.”

Doctor says Accies fell below their usual standard as they crashed to defeat at Alliance Park, but pointed out that they have made a major step-up in standard.

He said: “It was disappointing, with it being quite a big match, and we didn’t pay to the level that we have been showing.

“Sunday was that game where we dropped below, in terms of our consistency levels, across the team.

“You can’t afford to have three or four players off their top form, certainly not five or six.

“I think that has really annoyed all the players and ourselves as well.

“Having said that, they game could have been different if a couple of key moments in the match went the other way.

“It’s a big disappointment but there’s plenty of football still to be played.

“It is a step-up and we have made some positive changes with the squad.

“We are quite happy with certain aspects, though it has been a wee bit tricky with one or two injuries and suspensions that have come all at once and it has forced our hand.

“Disappointment is there, but certainly not in the players’ effort and them pushing right to the end.

“They certainly didn’t stop, we threw everything at it, but it was just one of those days.

“Sunday’s game will be another where we’re going to have to defend well, compete and try to pinch something.

“Hopefully we’ll also get a reaction from the players from the Motherwell game as well.”