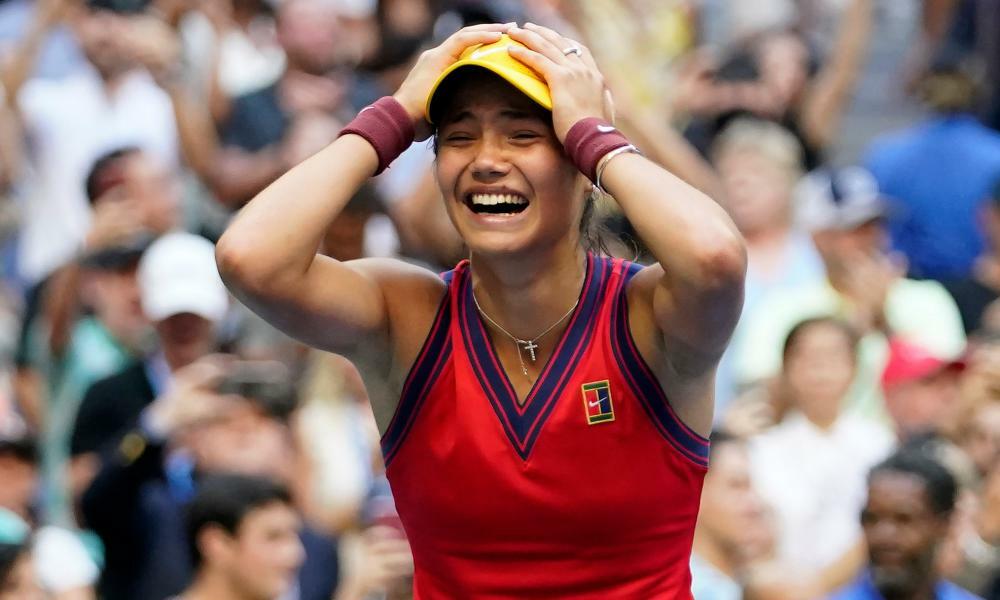 At the weekend, 18-year-old Emma Raducanu became the first qualifier, and first British woman in 44 years, to win a grand slam singles tennis title. Raducanu, from Bromley, beat the 19-year-old Canadian, Leylah Fernandez, in the first grand slam final between two teenagers in 22 years. It was a momentous occasion that has made Raducanu into Britain’s brightest new sports star almost overnight. And while we should share in the collective joy of her remarkable triumph, it is also worth reflecting on the meaning of Raducanu’s heritage.

A Mandarin speaker, she was born in Canada to a Romanian father and Chinese mother, arriving in the UK at the age of two. In other words, Raducanu’s migration story is Britain’s migration story: varied, global and drawing from multiple cultural legacies. Yet how much do we in the UK really value the lives of immigrant families such as the Raducanus, when, instead of achieving greatness on the world stage, they’re living ordinary lives, often in the roles of the low-paid essential workers who keep the country running?

While her victory was promptly celebrated on social media by the prime minister, and even Nigel Farage, her multicultural world – her Twitter bio reads “london|toronto|shenyang|bucharest” – stands in contradiction to the harsh nationalism that the UK government peddles, particularly through its border policies. To take just two examples of many: a landmark court ruling in April 2021 found that home secretary Priti Patel’s migrant detention policies had breached human rights rules, following several deaths; and this month it was revealed that Patel’s Border Force is planning to forcibly turn back small boats carrying migrants in the Channel, despite protests from France and human rights groups.

I’m tired of the hypocrisy and circularity in the debate around multiple-heritage individuals who are praised only when they do well or are exceptionally talented. In 2014, Nigel Farage infamously said, “I was asked if a group of Romanian men moved in next to you, would you be concerned? And if you lived in London, I think you would be,” before later backtracking. In 2013 Boris Johnson, then mayor of London, warned the government against taking in more Romanians and Bulgarians on the basis that their largest contribution was towards rough sleeping quotas in the capital. Hostile immigration conditions created by the ruling party and upheld by certain sections of the media have seen eastern Europeans and other migrant groups vilified for years, while systemic racism against black and minority ethnic groups in England persists.

Johnson and Farage’s kind words were thus an extraordinary display of hypocrisy in terms of valuing the lives of people who choose to make Britain their home. Raducanu is living proof of the way a country that celebrates cultural difference can succeed. But many people of colour in Britain intimately understand that there are certain unspoken rules about the “good” and “bad” immigrant – the desperate and needy few who come to our shores are shown the door, while a few exceptional individuals are held up as proof that all is well.

One can’t help but think back to the Euro 2020 final against Italy earlier this year, when three young black England players were subjected to vile racism on social media after missing penalties. For many it proved what is felt but rarely voiced: we are British when we succeed, but told to pack our bags when we lose.

I’m concerned that Raducanu will bear the weight of these hypocritical expectations as her star continues to rise – forced to act as a symbol for the nation rather than allowed to be herself – and that is surely too much additional pressure for the talented teen to carry. Look at Naomi Osaka, the American-Haitian-Japanese tennis player who earlier this month told the media she would be taking an indefinite break from tennis after facing intense scrutiny around her performance, mental health and mixed heritage background. We should be celebrating Raducanu’s obvious resilience and astounding talent and avoid playing into this reductive and repetitive narrative about cultural diversity and integration so that she doesn’t face a similar fate.

We can use this moment to reflect on our attitudes towards immigration in this country, but we would also do well to remember that while Raducanu’s win is a win for Britain – it is first and foremost a win for herself.