Cecil Rhodes was no benevolent reformer 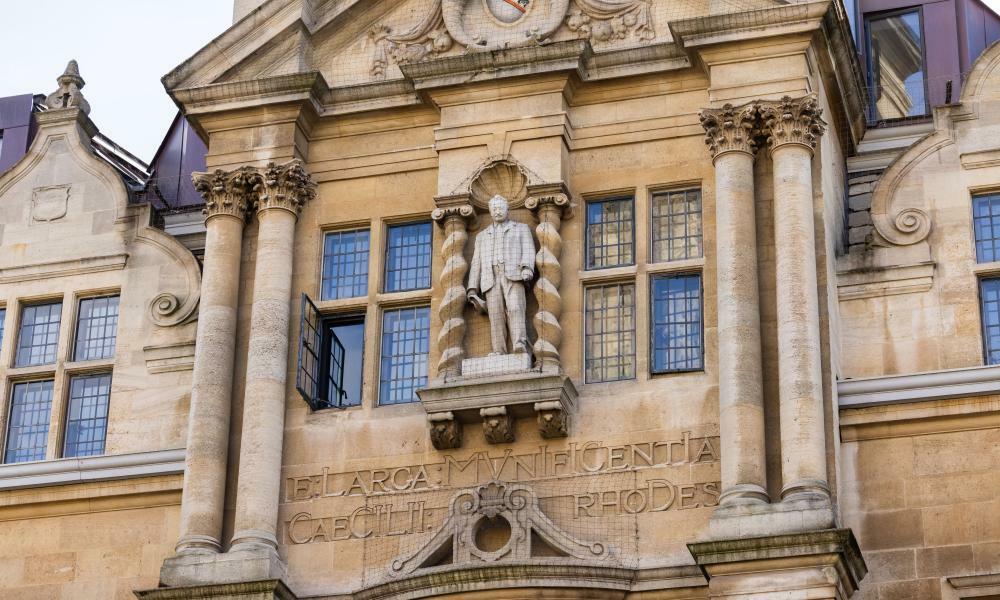 Your report (11 October) on the Cecil Rhodes statue at Oriel College quotes the historian Prof David Abulafia in defence of Rhodes: “He believed he was bringing benefits to Africa”, and before condemning him, “one has to understand what his intentions were”. Rhodes’s clearest statement of intent, his “Confession of Faith” written in 1877, makes it clear that his African expansionism was for the benefit of the English, rather than anyone else, and since “Africa is still lying ready for us, it is our duty to take it”.
Kevin Shillington
Author, History of Africa

• Daniel Trilling (Britain is learning the hard way that migration can’t be turned on or off like a tap, 12 October) writes that Priti Patel includes students, carers, the sick and retired people among the 8.5 million “economically inactive” people who could fill job shortages. No mention of MPs in the list?
David Duell
Durham

• If the astrophysicist Dr Benjamin Pope is correct in his claim that there is intelligent life on other planets (Report, 11 October), as we will only get one chance to make a first impression, we need to ban any further space exploration by Elon Musk, Jeff Bezos and especially William Shatner as a matter of urgency.
Ian Grieve
Gordon Bennett, Llangollen Canal

• I don’t think I’m alone in responding with delight to your pictures (11 October) of alpacas visiting residents in a care home for older people in Thuringia, Germany. Far better therapy, in my view, than drugs and general regimentation.
Meirion Bowen
London