Geelong are racing against the clock to have two stars fit for the AFL finals, with Jeremy Cameron and Rhys Stanley injured in the Cats' win against the Gold Coast.

Power forward Cameron, who's been in imperious touch slotting 59 goals this season, has suffered a low-grade hamstring strain, exiting the win late in the final term as a precaution.

The Cats say Cameron is expected to be fit for the finals, with him having three weeks to get past the setback.

"We chose to take a no-risk policy and decided not to have him return to the field.

"We will track his progress through the week and he will be managed according to benchmark measures."

Stanley also suffered a low-grade strain to his adductor, but Geelong say he is also expected to the play the side's first final.

"Rhys experienced some adductor tightness during the game against the Gold Coast," Taylor said.

"He has had a scan post this game which shows a low-grade adductor strain.

"Rhys will begin a reconditioning program that we expect will have him available for selection for the first final."

Back-up ruckman Jonathon Ceglar would be odds-on to play should Stanley fail his fitness test, having impressed in his one senior game this year. 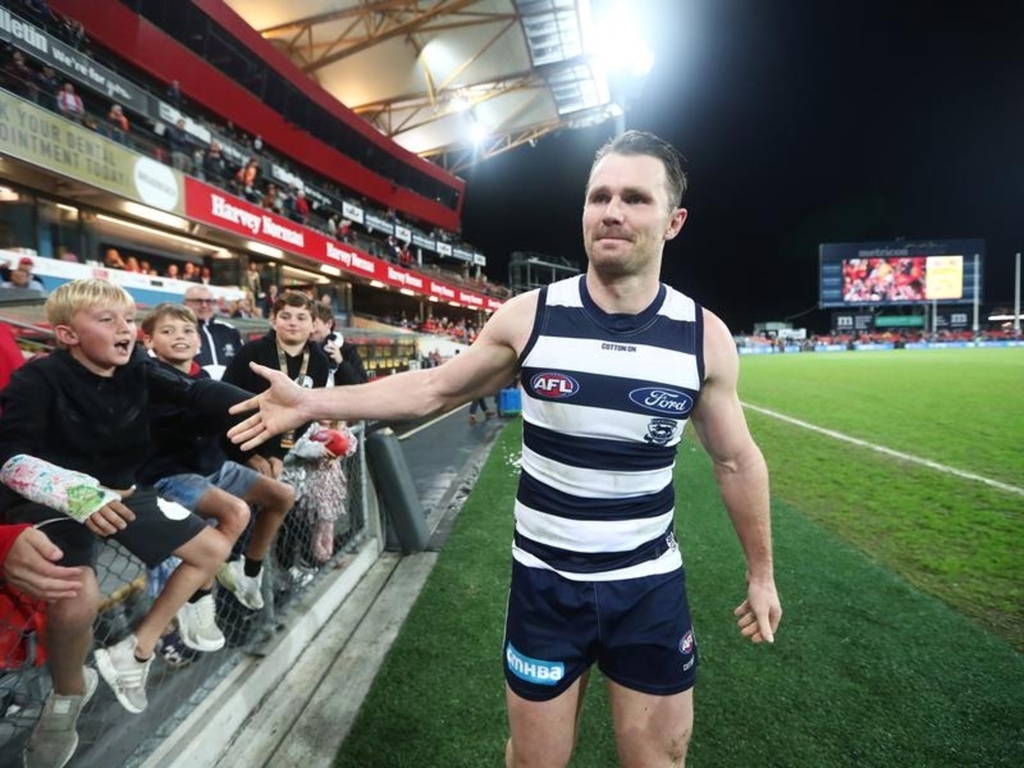 Flag success won't define me: Dangerfield
Star Geelong midfielder Patrick Dangerfield will notch his 300-game milestone when he lines up in Saturday's AFL clash with West…

AAP
From analysis to the latest developments in health, read the most diverse news in one place.
Cats beat Suns, set for AFL top spot

Geelong have defeated Gold Coast by 60 points at Metricon Stadium to effectively wrap up this year's AFL minor premiership.

Carlton was just seconds away from confirming a finals spot before a Melbourne goal condemned the Blues to defeat, while…

AAP
One place to find news on any topic, from hundreds of sites.
Shuey in, but which Eagles face the axe?