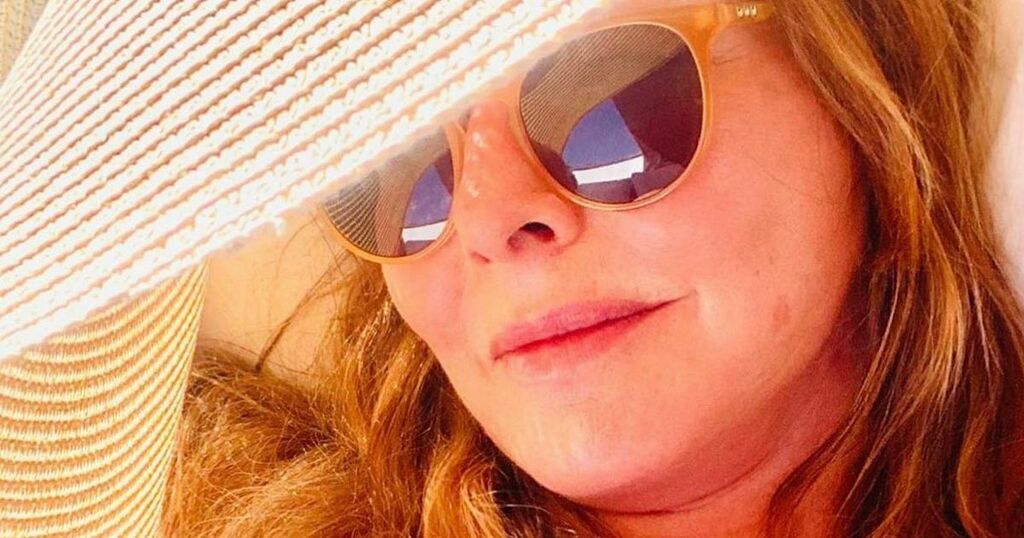 Carol Vorderman raised a more than a few temperatures when she posted a busty bikini snap as she enjoyed the heatwave that is currently warming up the UK.

The 60-year-old looked incredible as she told fans she was "cooling down" while sporting a tiny navy bikini top, shades and straw sun hat.

"Hope you're having an ace week wherever you are xx "

BBC Sport presenter Gabby Logan was also quick to express her admiration gushing: "You are smoking Miss V," followed by a fire emoji.

Carole 'two from the top' Vorderman is no stranger to posting saucy snaps having regaled fans over the summer with blisteringly-hot bikini pics.

The mum-of-two proudly showed off her incredible figure in a plunging white swimsuit last month as she continued her holiday in Wales.

Sharing the picture on Instagram, Carol said: "Another day....another excuse to get in a costume and on the water.... Happy Whatever Day It Is everyone."

The maths genius and TV presenter also posted another snap of her wearing a revealing wetsuit, prompting her famous friends to heap praise on her enviable figure in the comments.

However while the 60-year-old's saucy snaps are fast becoming the stuff of legend, Carole doesn't always get it right as was pointed out by fans recently.

Posing in her bikini again, the TV star looked sensational but she noticed that she was wearing her bikini top inside out after her followers pointed out there was something wrong with her swimwear.

“And yes I'm a #HappyScruff.....#bikini top inside out #nomakeup,” she added, before apologising to Elizabeth Hurley, as Carol was wearing one of the star’s bikinis from her eponymous beachwear brand.

“(with huge apologies to @elizabethhurley1... Queen of the bikinis) ....one day I'll learn to posh up a bit....but probably not going to happen anytime soon,” she joked.

Carol's followers were driven wild by the snap, and cheekily suggested that she should start up her own OnlyFans page.

“VORDERMILF,” one commented, as another added: “Is it just me, or did the temperature suddenly shoot up in here?!”

Earlier this year, Carol was excited to share the results of her keto diet with fans.

She had been embarking on a health journey and aimed to lose weight with the keto diet.

Alongside a photo of her incredibly toned tummy, she joked: "I've found an "ab".

"Actually getting stronger and weights at my age helps everything inside.......and I LOVE IT."