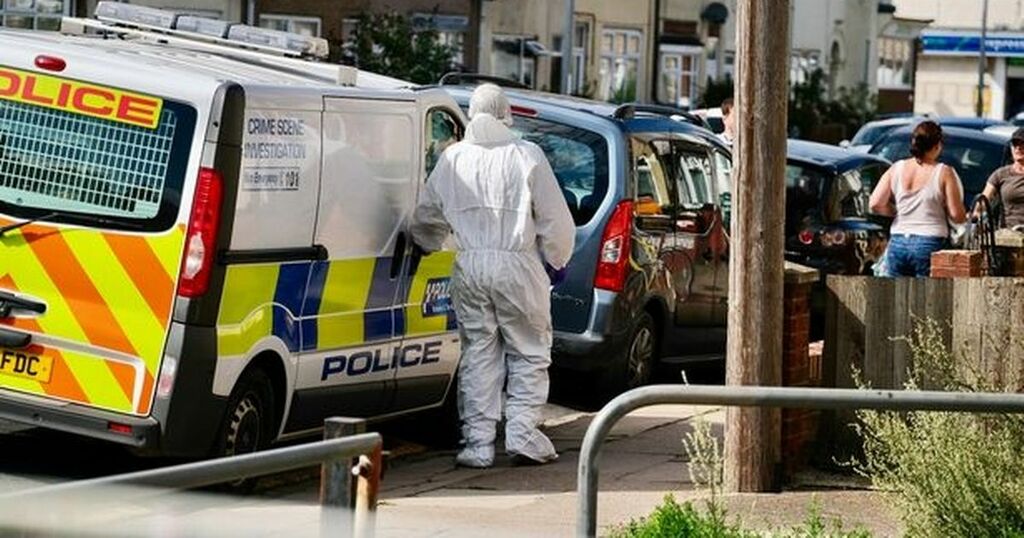 A “kind, thoughtful” 22-year-old man was found dead after he underwent a first date with a mystery woman which involved a cocaine binge, an inquest heard.

Ben Robinson had been at The Curious Cat in Grimsby on the evening in July 2020, before he left with his date.

However, hours later the young man from Cleethorpes, Grimsby, was seen naked and knocking on the door of a flat in nearby Alexandra Road.

That led to a binge of smoking and snorting crack cocaine with others, which he funded through bank transfers for hundreds of pounds, Grimsby Live reported.

He was found on the floor of the ground floor flat on Alexandra Road, Grimsby around 1pm on July 30, 2020, an inquest at Cleethorpes Town Hall heard this week.

She said there is a strong link between young people taking high levels of cocaine and sudden arrhythmic irregularity.

Ben's dad Arthur Robinson told how his son worked in the family roofing business and loved playing golf and airsoft.

His Grimsby airsoft team even competed in national competitions.

Ben was also a keen supporter of Grimsby Town FC and he played football locally.

The 22-year-old graduated after a three-year course in construction and business at Grimsby Institute.

"He had a lot of friends and was a really popular lad with a strong interest in golf," Arthur told the hearing in a statement.

He added: "He was kind, caring and thoughtful and loved his family and younger brother."

His son played at Grimsby Golf Club with a handicap of 24 and was playing a round with his dad the weekend before his tragic death.

Ben travelled the country taking part in national airsoft events and was planning to attend a major event at Catterick.

When Ben turned 19 his family noticed their son had experimented with cocaine.

He sought help and regularly attended counselling sessions for a year and a half.

His father said his son only took the drug recreationally and had been drug-free between July 2019 and July 2020 except for a couple of relapses.

He added he spoke with his son when he came home after a first date with a girl whose name they never knew.

On July 29, he had arranged the date at Curious Cat and at 3.45am the following morning, he went home to get more money and left within five minutes.

Unknown to his parents, Ben had been on Alexandra Road after his night out and mysteriously ended up naked knocking on a stranger's door at 2am.

Brent Caley said in a statement he and his friend Melissa Smith were surprised by the knock at the window of their ground floor flat from a man with no clothes on.

He apologised for his state of undress and asked for help.

Mr Caley said Ben had said if it had been an older person's residence he would have stood behind the garden wall in order to talk to the homeowner.

He was provided with shorts and a jacket.

In his statement, Mr Caley, 37, said he was a recovering drug addict and did not deal with drugs, but he claimed Ben had asked where he could buy cocaine.

After going home to get changed, Ben returned to Alexandra Road and the pair went in a taxi to an address in Wellington Street in Grimsby with £300 that Ben handed over.

When they were back at Alexandra Road, they were smoking and snorting cocaine, according to Mr Caley.

In the morning they went back to buy more cocaine from the address with another amount of cash estimated between £300 and £500.

Mr Caley said in the statement: "He was not bothered paying for it all. I was concerned for Ben. I was worried he was over-doing it."

Around midday of July 30, Ben was found on the floor of the flat in Alexandra Road by Mr Caley and his girlfriend.

When they realised he had no pulse they rang 999 and were advised to give cardiopulmonary resuscitation.

In his statement, Mr Caley said: "I had only known him for one day. He was a diamond. He was such a good, caring person."

Detective Sergeant Thomas Crosfill of Humberside Police said officers seized a number of items from the flat and conducted house to house enquiries. CCTV was examined which showed Ben naked in the street around 2am.

The detective said: "His account (Brent Caley's) matched up with our enquiries. They did go to an address to purchase controlled substances. Ben was going without any duress."

The officer confirmed from CCTV Ben had left The Curious Cat at around 10.30pm with his girlfriend, but no one knew her name.

He said he did not know how he came to be in a naked state four hours later on Alexandra Road.

"There is CCTV of him knocking at the address. It may be he was looking for a particular address," the detective said.

He said bank transfers were made from his phone which he was carrying. Taxi drivers had confirmed seeing large sums of cash when they went to buy drugs.

Ben's mum Helen told the hearing it was difficult for the family to hear the evidence, some of which they had never heard, 18 months after the tragedy.

Ms Eatock apologised for the delay and said there was a long backlog of cases caused by the coronavirus pandemic.

She told how evidence, in some cases, is not shared in advance of a hearing to avoid the risk of information being shared on social media by the parties involved.

Another relative spoke at the hearing to question why the seized mobile phones had not been investigated by police.

The assistant coroner said police had applied for the phones to be analysed but it was refused because it was decided that was not related to the death.

Concluding the death was drug-related, she said: "We have evidence of a time span over two days which became increasingly chaotic and hard to understand."

She said she would have liked to have seen the evidence from the mobile phones seized from the flat where the drugs were consumed.

Ms Eatock said Ben had taken the drugs voluntarily. "It is a relapse in a major way," she said.