Cardinals smoke Titans in Week 1: Everything we know 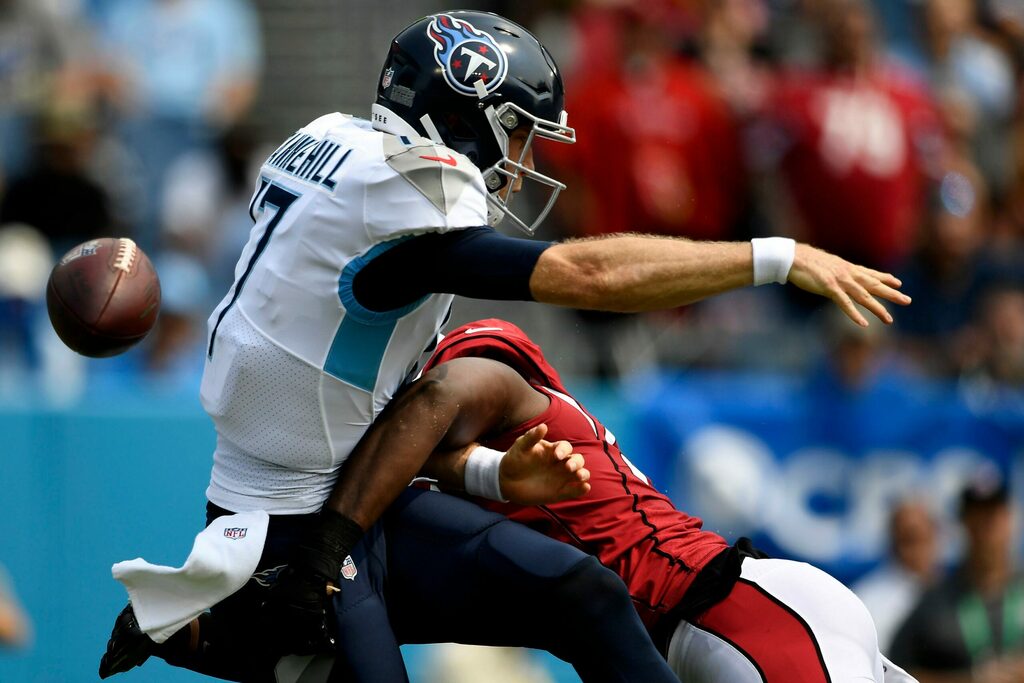 The Tennessee Titans failed to show up for their Week 1 contest against the Arizona Cardinals at Nissan Stadium and promptly got their rear ends handed to them, 38-13.

It was about as ugly a performance as one could possibly imagine. The Titans failed in every single facet of the game, whether it was on offense, defense, special teams or coaching.

The Cardinals started off red hot and grabbed a 24-6 lead in the first half that was insurmountable thanks to how badly the Titans were playing, particularly on offense.

Kyler Murray and DeAndre Hopkins simply dominated Tennessee’s defense, and Chandler Jones was an absolute menace all game long, notching five sacks, three of which came in the first quarter.

The Titans looked to have some momentum in the second half after a Kevin Byard interception and an A.J. Brown touchdown reception to open the second half, but that was quickly erased with an answer from Arizona’s offense, and then a turnover on the following series.

Here’s the rest of everything we know about the Titans’ ugly 2021 debut.