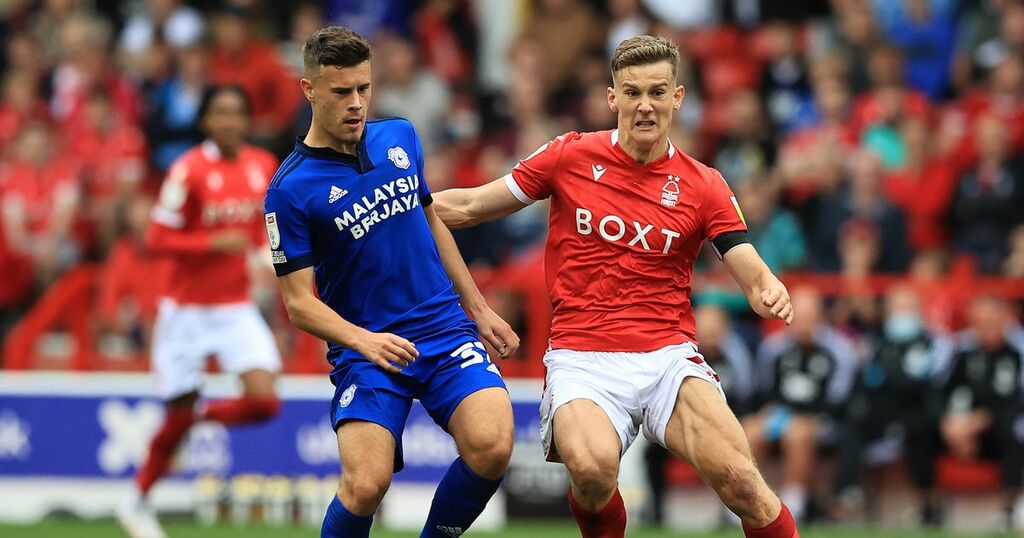 It was hardly ideal preparation, even if they were heading to the side rock-bottom of the table.

After delivering a relatively clean bill of health at his preview press conference last Friday - long-term absentees Isaac Vassell and Lee Tomlin notwithstanding - Mick McCarthy was quickly shorn of three players from his Cardiff City squad at Nottingham Forest on Sunday.

Joe Ralls, it was revealed, pulled his groin late in the week up at the Vale and was ruled out of the trip to the City Ground.

Ryan Giles, so impressive since his loan switch from Wolves in the summer, had been "coughing and spluttering" in the build-up to the match and such is life in a Covid world, he was also left at home.

Then, in the warm-up, Cardiff lost another key member of the starting XI, with Leandro Bacuna limping off.

In Ralls' place came the ever-dependable Will Vaulks, who might deem himself a tad unfortunate for not getting more minutes so far this season.

But it was the replacement for Bacuna which perhaps caught the eye the most, with youngster Sam Bowen promoted to the starting XI with just minutes to go before the first whistle.

Another starlet to make his senior league bow was Kieron Evans, who came on late in the piece to see the game out for the Bluebirds in a pretty pressurised situation. Both emerged unscathed and no doubt with a spring in their steps.

McCarthy says he was absolutely delighted for them, notwithstanding his disappointment over losing his more established trio in the build-up to the match.

"It wasn't the perfect set up, but I tell you who ends up being perfect are the people who come in and do the job," McCarthy beamed.

"I was delighted for the lads making their debuts, Sam Bowen and Kieron Evans. It's great for them. They got a taste of it.

Bowen got nearly an hour under his belt in the east Midlands and didn't let anyone down. It was a functional if not spectacular full league debut for the son of former Wales international Jason, and he'll be a better player already for the experience of playing in the blood and thunder of Championship football.

Bowen and Evans are just the latest in an encouraging batch of talented youngsters coming off the production line in the Welsh capital.

Joel Bagan, Tom Sang, Mark Harris, Isaak Davies and Rubin Colwill have all entered the first-team fray over the past year or so and the latter especially has impressed the Bluebirds coaching staff. Two goals off the bench to win the game for your boyhood club will do that.

Bluebirds legend Sol Bamba, who was at the match doing punditry work for Sky Sports, said the Wales international is the "real deal".

"Absolutely, it's not just about today," Bamba said when asked of Colwill's credentials.

"He's been doing that for the past two years now, coming in, training with the first team and showing how good he really is.

"Now doing it on the big stage and scoring two goals, that is massive. You can see the smile on his face, he's buzzing and I'm happy for him and his family."

McCarthy echoed those sentiments when asked about Colwill the person after the game.

"If you take it back before January, he was as far away from the first team as he was ever going to be.

"TC (Terry Connor) and I both saw him in that first training session and he stood out. Him and Isaak Davies trained with us and looked really good.

"He comes from a lovely family, he has his feet on the ground and he wants to do well.

"That goal, the second one, had TC, my assistant Terry Connor, written all over it. Took it around, inside, hit it on the floor, don't be hitting it over the bar. [Colwill] takes credit for getting it, but TC for coaching him and insisting on how he does it. Brilliant."