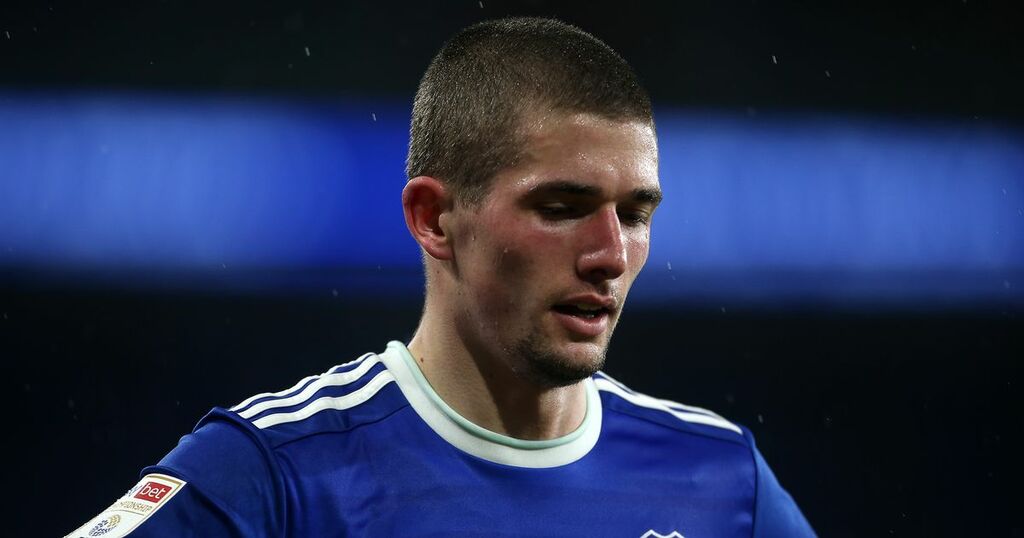 These are your Cardiff City headlines on Monday, September 13.

Max Watters has finally made his debut for MK Dons after recovering from injury.

The Cardiff loan man made a brief cameo in MK's 1-0 win over Portsmouth at the weekend, having put an ankle injury picked up in July behind him.

“It will be a big boost for him,” said head coach Liam Manning after the game. “He's trained all week, has shown good intensity and impact. It will take a little bit of time to get him up to speed given the amount of football he's missed.

READ MORE: Mick McCarthy says he could have killed goal hero at Forest

“We've got a couple of weeks of solid training before a heavy period of fixtures. It will be good to keep building him up. He should take the confidence from it - it's great to have him back.”

Meanwhile, Ryan Wintle has opened up on his hectic few weeks after making his debut for Blackpool.

The midfielder joined Cardiff on loan earlier in the summer but departed before the transfer window closed to link up the Tangerines for the season.

He made his bow at the weekend and the midfielder says he's enjoying it so far at Bloomfield Road.

“It’s been brilliant here so far. All of the lads have welcomed me and I’m happy to be here,” Wintle said.

“When we deliver performances like we did on Saturday, you can’t not enjoy it.

“I had a couple of weeks on the training pitch during the international break where I was able to get to know everybody and their style of play, which is different to where I’ve come from.

“I feel like I’ve settled in now and hopefully I’ll just get more games.

“It’s been a busy turnaround for me these last few months, travelling up and down the country but it is what it is and that’s football sometimes.

“You just have to get your head around it and allow your football to do the talking.”

The pressure is mounting on Nottingham Forest manager Chris Hughton's shoulders after his side lost to Cardiff City 2-1 on Sunday.

The Bluebirds came from behind to claim all three points at the City Ground, a result which leaves Forest rock bottom of the Championship table on one point after six games.

It's Forest's worst start to a campaign for 108 years.

“First and foremost, anything you’re telling me is news to me,” Hughton said.

“One, because the only thing I do is concentrate on the job.

“It’s been a very difficult summer. With the recruitment process we have… yes, thankfully, we brought in players and there has certainly been a change here.

“It’s been difficult not being able to work with some of those players earlier in the pre-season, but it’s been a very difficult window for most.

“I only think about the next game.

“It’s a hugely disappointing result. And one thing I can tell you is I’m as disappointed as anybody.

“This is the job I do. I’m only thinking about how we get a result on Wednesday night, because this club deserves it. The supporters deserve it.

“I’ve got a group of players here who desperately want to get a result as well, but we have to go out and prove it.”

Fans have called for change after their latest setback at the hands of Cardiff, with the likes of Chris Wilder, Steve Cooper and John Terry all touted as possible replacements for Hughton should he be moved on.

Scottish giants Rangers are keen on signing Cardiff's Ciaron Brown on a pre-contract this January.

The Bluebirds defender is also on Celtic's radar, with Middlesbrough an interested party back in the summer too.

With Brown out of contract at the end of next season, Rangers are reportedly keen to wrap up a deal in January ahead of a summer move north.

Mick McCarthy this summer revealed that he had offered the player a new deal, but the centre-back had yet to put pen to paper.

That all came amid intense interest from Brown's former Bluebirds manager Neil Warnock, who wanted to take him up at Boro during the summer transfer window.