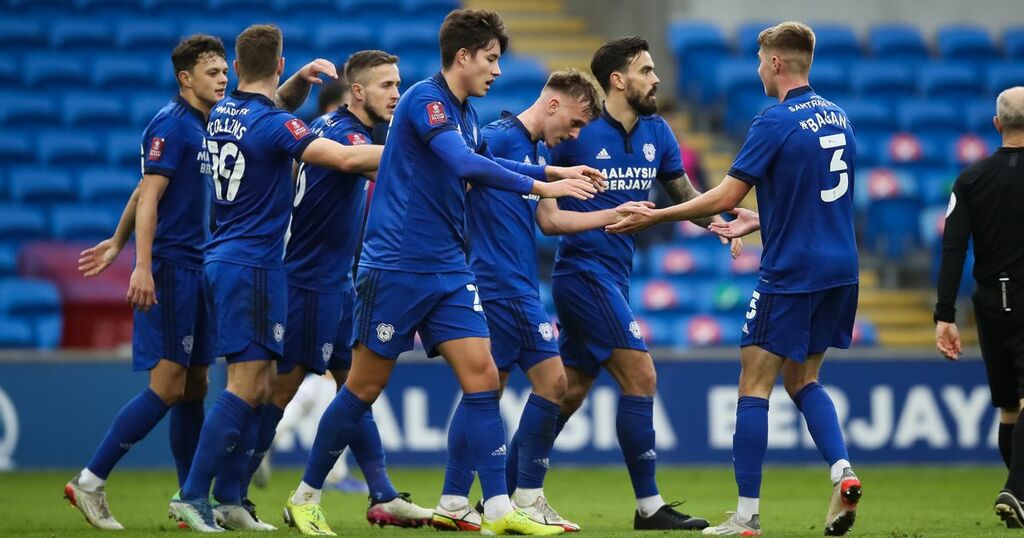 Here are your Cardiff City headlines for Sunday, January 9.

The Bluebirds booked their spot in the fourth round after Harris scored an extra-time winner to down Preston at Cardiff City Stadium on Sunday afternoon.

The fourth-round draw followed shortly after in which Morison's men booked a meeting with Premier League juggernauts Liverpool on the weekend of February 5 and 6. You can see all the fourth-round fixtures here .

It's fair to say, Morison and his players were excited about the draw.

"You don't get much better than that," the Cardiff boss said of the Liverpool tie.

"We watched it all in the dressing room together. We knew we were seven and we saw it even before she turned the ball around. We had a nice little celebration and it makes all the hard work the lads put in worthwhile.

"It's a great draw. It's going to be a fantastic occasion and something we'll look forward to.

He added: "I don't know ins and out financially. It was a strange atmosphere as there was none. Let's just hope the powers that be help us out at some point. We didn't know to celebrate the goal. You win a game and you're just standing there.

"There were better celebrations than when we drew Liverpool out of the hat. I'm sure draw will be (financial help)."

Cardiff City held talks with Birmingham City defender Harlee Dean, but it is understood a deal could not be struck due to the club identifying priorities elsewhere this month.

This week, our colleagues at BirminghamLive stated that the Bluebirds were interested in the 30-year-old, while West London Sport claimed that QPR were also taking a look at the player.

And WalesOnline has been told that indeed talks were held between Cardiff and Dean over a potential move, but Steve Morison has since confirmed that the Welsh club are looking only at loan deals this month.

Dean's contract at St Andrew's still has 18 months left to run and, as such, any transfer would command a transfer fee.

Club sources have insisted that Cardiff City are not in talks to sign former Chelsea defender and England youth international Jonathan Panzo.

Sources close to the player intimated to WalesOnline that the Bluebirds were indeed interested in striking a deal for the 21-year-old centre-back this month.

However, club sources have since insisted that Cardiff are not in the running to sign the defender.

Panzo also has 18 months left to run on his contract at Dijon, where former Bluebirds favourite Bruno Ecuele Manga now plays, but given his age he would likely command a sizeable transfer fee.

With Cardiff eyeing additions at left wing-back and in forward areas, and on a strict budget, too, that sort of transfer is seemingly not possible at the minute.

Panzo, who came through the youth ranks at Chelsea, is currently with Dijon in France and previously enjoyed short spells at Monaco and Cercle Brugge.

The Cherries, who are the Championship league leaders, are eyeing a quick return to the Premier League after relegation the year before last.

Scott Parker, the man in charge on the south coast, wants competition for Dominic Solanke at the Vitality Stadium.

Despite Bournemouth being the third top scorers in the division, Moore is seen as the man to bolster their attack.

Moore was the subject of intense transfer interest last summer, with top-flight outfit Wolves keen on the 29-year-old but the two sides were poles apart in terms of the valuation of the Wales international.

The Sun report Moore's price tag is around the £10million mark despite his stuttering form this season. If that fee was lowered, Bournemouth would be interested, the publication adds.

You can read the full story here

Connolly was announced as Rovers' latest January signing just an hour before kick-off against Championship outfit Peterborough in the FA Cup on Saturday.

Connolly slotted straight into the Gas starting XI to take on a team two divisions above them, no mean feat.

They put in a valiant effort, but were eventually downed 2-1 at London Road.

However, Connolly came out with some praise in the bank, with our sister title BristolLive giving him an impressive 8/10 in their player ratings.

They wrote: "A baptism of fire [for Connolly] against the electric Szmodics and Siriki Dembele, but the 20-year-old stood tall on his senior debut. There were some early nervous moments as he lost track of runners, but he was composed on the ball and made a brilliant last-ditch challenge to deny Szmodics a clinching goal."

Chanka Zimba also made his debut for Northampton Town on Saturday, too. He looked bright and had two golden chances to score, but missed both during the Cobblers' 1-0 defeat by Crawley Town.

The Northampton Chronicle and Echo wrote of Zimba, alongside their 6.5 rating: "Should have scored at least one but a very encouraging cameo off the bench from the new boy. Great movement to hit the bar with his first touch and then did everything right when another chance came his way, only denied by a terrific save."