Car found burning in street in 'deliberate and targeted attack' 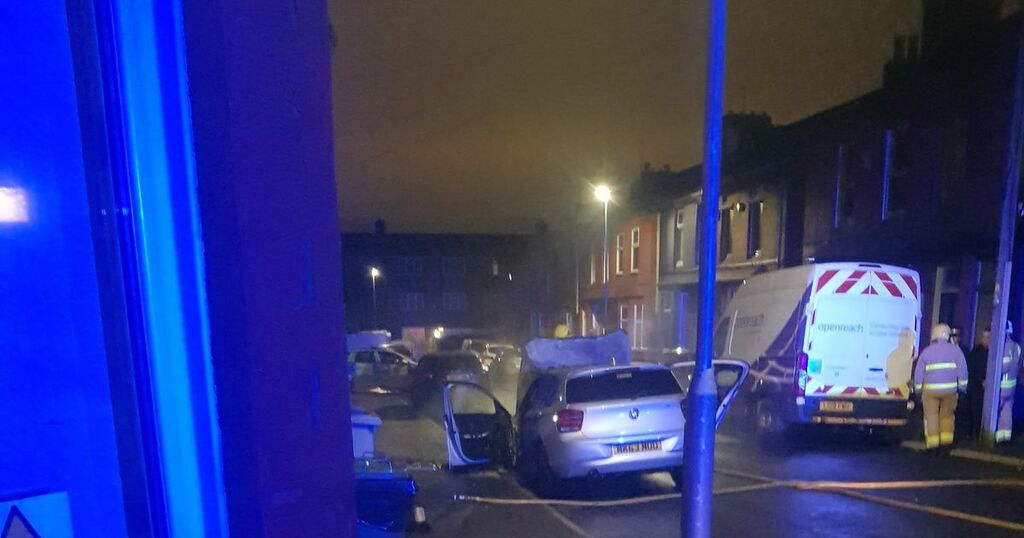 A car was found burning in a quiet residential street in the early hours of the morning in what is suspected to be a "deliberate and targeted attack".

Merseyside Police is appealing for witnesses and CCTV with detectives concerned over the "reckless" nature of the fire endangering the safety of all those living in the area.

A spokesperson for Merseyside Police told the ECHO: "Detectives are appealing for information following a suspected arson in Wallasey in the early hours of this morning, Thursday, October 7.

"At around 4.45am, officers and Merseyside Fire and Rescue Service (MFRS) were called to Exeter Road to reports of a wheelie bin and car on fire.

"Nobody was injured and a joint investigation is underway."

Detective Inspector Barbara Hebden said: "This is initially believed to have been a deliberate and targeted attack, and we’re looking to speak to anyone who witnessed what happened, or lives locally and may have captured details on their home CCTV, dashcam or doorbell footage.

"Thankfully nobody was injured but to set a car alight in a residential street is incredibly reckless and endangers the safety of all those living nearby. We’re determined to find those responsible so tell us what you know."

A spokesperson for Merseyside Fire and Rescue Service said: "We were called to a fire involving a wheelie bin and a car this morning in Exeter Road, Egremont, Wallasey this morning.

"One fire engine from Wallasey Fire Station was in attendance. Crews were alerted at 4.50am.

"On arrival crews found a car well alight and a firefighter wearing breathing apparatus tackled the fire with a high pressure hose reel.

"The fire was extinguished by 5.13am. Firefighters damped down the area with a hose reel and left the scene at 6.10 am."

You can call the independent charity @CrimestoppersUK anonymously, on 0800 555 111. You can also use their online form found here.