Car 'extensively damaged' after being deliberately torched in Scots woodland 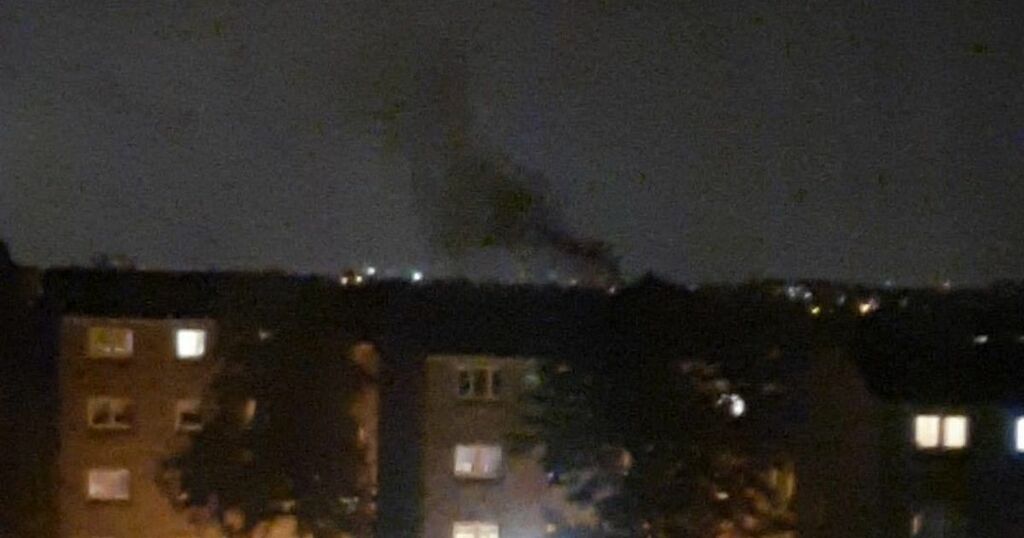 Cops have launched a probe after a car was deliberately set alight within a wooded area behind a residential street in Glasgow.

Emergency services raced to the scene on Parkmanor Avenue just before 9pm on Wednesday.

The car has been extensively damaged by the blaze and police are treating it as suspicious.

A photograph taken streets away shows black smoke billowing into the air as fire crews battled the large inferno.

Anyone with information on the incident is being urged to contact police as enquiries remain ongoing.

A Police Scotland spokesperson said: "Around 9.10pm on Wednesday, 7 October, police were called to a report of a car on fire in Parkmanor Avenue, Glasgow.

"Emergency services attended, the car was extensively damaged and the incident is being treated as suspicious.

"Enquiries are continuing and anyone with information is asked to contact Police Scotland through 101, quoting incident number 3490 of Wednesday, 6 October, 2021.

A spokesperson for the Scottish Fire and Rescue Service added: "We received a call at 8.37pm on Wednesday evening to reports of a car fire in wooded area behind residential houses in Parkmanor Avenue, Glasgow.

"We mobilised one appliance to the scene and it was a private vehicle on fire. We left at 9.27pm."