Footage has shown the dramatic moment a car was engulfed in flames on a quiet residential street in Midlothian.

The video, captured by a passer-by, shows a vehicle on fire on Lowrie Avenue in the town of Penicuik around 2pm on Monday, May 23.

Clouds of thick, black smoke can be seen billowing into the sky during the blaze, which one local alerted others to as they scrambled to document the incident, reports Edinburgh Live.

Only the shell of the car appears to remain amid the raging inferno, and bits of debris can be seen spitting from the wreckage.

The burning car is dangerously close to others parked on the street.

Although there are no emergency services present in the video, Scottish Fire and Rescue attended the blaze and successfully extinguished the flames.

A spokesperson for SFRS also confirmed they were no injuries reported.

They added: "We were alerted at 2.39pm on Monday, May 23 to reports of a car on fire at Lowrie Avenue, Penicuik.

“There were no reported casualties and crews left after ensuring the area was made safe."

Although there are no indications to whether the fire was deliberate or not, recent figures have shown an alarming amount of incidents involving wilful fire raising in Midlothian.

As well as this, a spokesperson for the SFRS also pointed to the fact that already in 2022, there appears to be an increase in such incidents.

The service confirmed that they are continuing to work closely with Police Scotland in neutralising the threat of their workforce being injured due to a deliberate act. 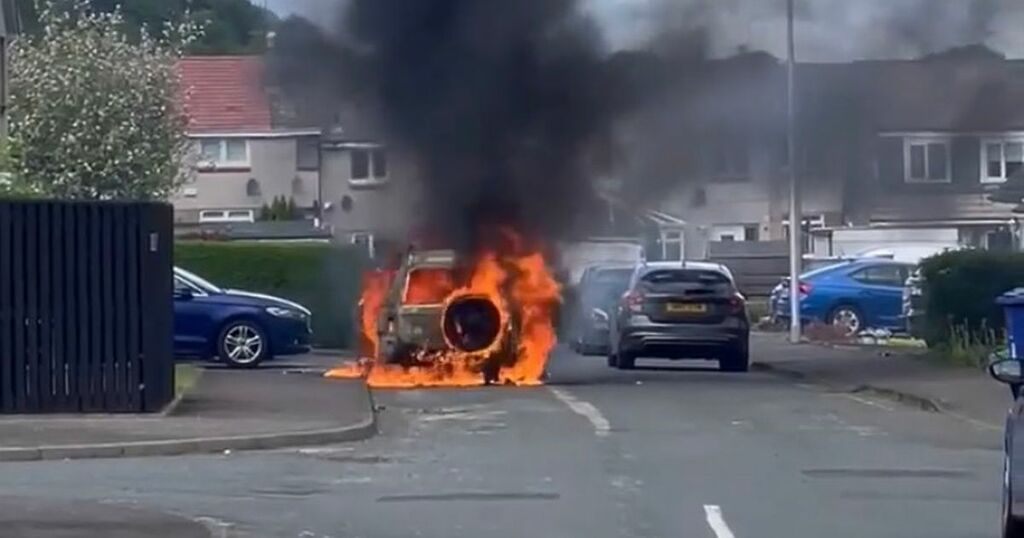 Midlothian emergency services raced to car engulfed in flames on quiet street
Firefighters attended the blaze on Lowrie Avenue, Penicuik, on Monday, where a vehicle was pictured engulfed in flames, with black…