Intrepid young fundraiser Captain Tobias says he “felt like royalty” after meeting the Princess Royal, the Prince of Wales and the Duchess of Cornwall at the first garden party at Buckingham Palace since 2019.

Tobias Weller, 11, said he discussed with Anne how she became BBC Sports Personality of the Year 50 years ago when they met at the grand occasion in London on Wednesday.

In December 2020, Tobias, who has cerebral palsy and autism, won the inaugural Captain Sir Tom Moore Young Unsung Hero Award at the BBC Sports Personality of the Year event.

His exploits in raising more than £157,000 for Paces School, where he is a student, and The Children’s Hospital Charity, in his home town of Sheffield, saw him become the youngest person on record to feature in the Honours list when it was announced he is to receive the British Empire Medal.

Tobias said on Thursday: “It was amazing. I still can’t believe it’s true and I actually got to go to Buckingham Palace.

“I met all the royals who were there and spoke to every one of them – Charles, Camilla and Anne.”

He said: “I chatted to them all but Anne was my favourite. We chatted about her winning Sports Personality of the Year in 1971.”

Tobias said he had afternoon tea in the gardens of Buckingham Palace and that the passion fruit tartlet was his favourite.

And he said he enjoyed listening to the band, especially as the conductor let him have a go with his baton.

Tobias said: “Lots of people recognised me and congratulated me on my fundraising. It made me feel magnificent.”

He said: “I totally felt like royalty, it was such a magical afternoon.”

Because of the coronavirus pandemic, garden parties at the Queen’s home had not been held for three years.

Despite the rain, Charles and Camilla spoke to a number of the 8,000 guests, including representatives from the Royal Shakespeare Company and England’s chief medical officer, Professor Sir Chris Whitty.

The Queen was not in attendance due to her mobility issues.

Tobias said he is now making final preparations for his latest fundraising event, which is called Tobias in the Park and is a campaign to make playgrounds more accessible to children with disabilities.

It is a challenge for everyone and anyone to travel 1km – or as far as they can manage – in any way that is challenging to them.

He said he will be launching the event and completing his kilometre on Saturday May 21 using his walker in Endcliffe Park, Sheffield, and stressed that he will be “chuffed to bits” if other people can do it whenever they wish from May 21 to 28.

“I have had messages from people in Australia, New Zealand and even the Maldives who are going to join in and help me raise awareness of the lack of inclusive playgrounds,” Tobias said.

“But if you want to raise money for your own local charity, that’s great too. Just make sure you share photos or videos with me, please. Let’s make this massive.”

Tobias was nicknamed “Captain” after he was inspired by his hero Captain Sir Tom Moore to start raising money during the pandemic lockdowns.

His fundraising challenges have been followed around the UK and he had been singled out for praise by dozens of leaders and celebrities, including Prime Minister Boris Johnson and Olympic gold medallist Jessica Ennis-Hill.

Tobias’s most recent challenge involved an Ironman, completed over the course of a year, involving 180km on his trike, a 4km swim and running the length of a full marathon.

Anyone who wants to find out more about Tobias in the Park, or donate to help make playgrounds more accessible, can find more information at www.tobiasinthepark.co.uk. 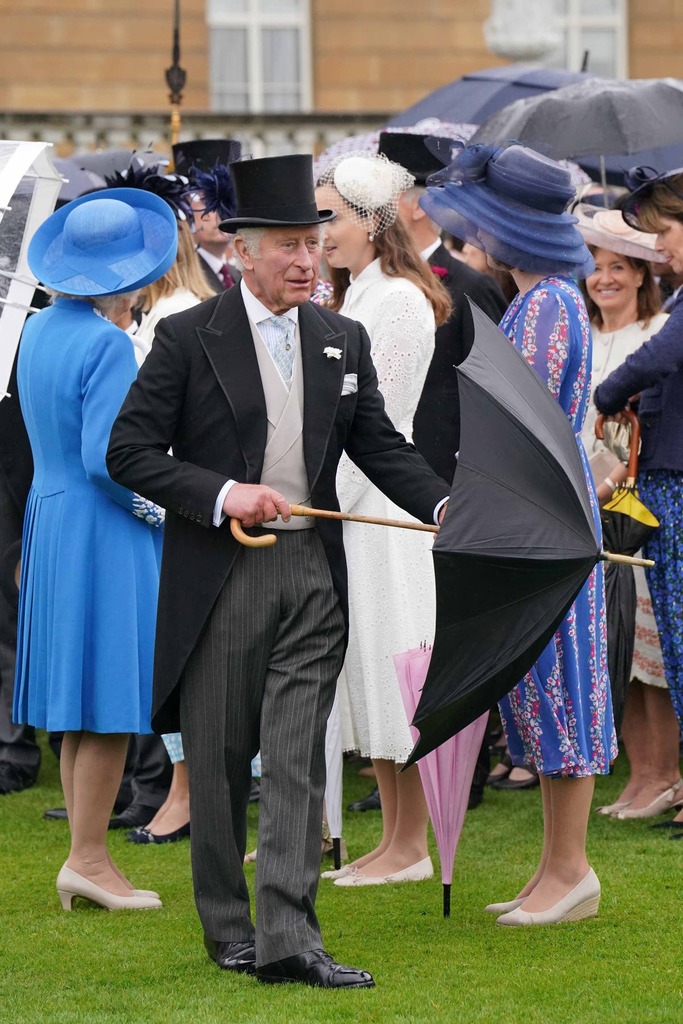 As many as 8,000 guests were in attendance for the first garden party at Buckingham Palace since the Covid pandemic