Cannot make public whether Pegasus was used: Govt to SC 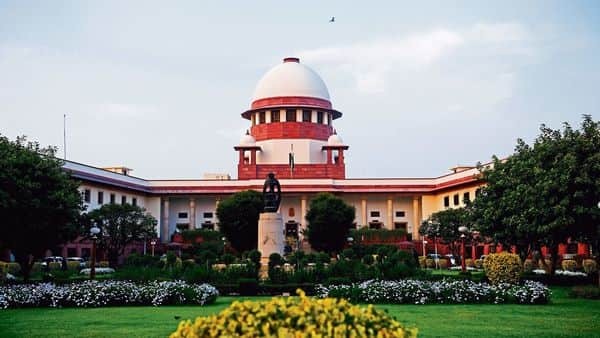 NEW DELHI : The Union government on Monday submitted in the Supreme Court that it cannot make public whether its agencies used Israeli spyware Pegasus for surveillance of Indian citizens since such disclosure will be against national interest, prompting the court to remark that the Centre is “beating around the bush".

A bench, headed by Chief Justice of India N.V. Ramana, reserved its order on a clutch of petitions demanding a court-monitored probe into the alleged surveillance of citizens using Pegasus spyware after an 80-minute hearing during which the government refused to share any information on the use of Pegasus by its agencies or hand out specific information on alleged interception of some of the petitioners.

The bench, which included justices Surya Kant and Hima Kohli, said the court will pass an interim order in the next three to four days on the constitution of an expert panel and on other ancillary issues related to an independent inquiry after considering the materials placed by the petitioners and the submissions made by their lawyers.

After taking time on 7 September to reconsider its previous stand against filing a detailed response on a bunch of petitions, solicitor general Tushar Mehta said on Monday that the use of a particular software like Pegasus cannot be a subject matter of any affidavit or a public debate.

Mehta emphasized that while the government is open to have a committee of independent domain experts who can go into all aspects of the controversy and submit its report before the bench, the use of a particular software “cannot be made a part of the public discourse in the larger national interest and in the interest of the security of the nation".

The law officer said the government stands by its 16 August affidavit filed on the Pegasus snooping matter. This affidavit neither confirmed nor denied the use of the military-grade spyware to hack phones of ministers, politicians, businessmen, activists, and journalists, and offered to instead set up an expert committee.

But the bench was not impressed with Mehta’s contentions. “We said it very clearly even on the last date that nobody is interested in disclosure of information that could compromise with national security. We wanted a limited affidavit from you because we have petitioners before us, citing violation of their privacy...In the face of the allegations that some software was used to snoop on certain individuals like lawyers and journalists, it had to be made known whether there are methods of interception other than lawful means," it said.

Observing that the solicitor general was “going in circles" despite court’s repeated clarification on the issues of national security, the bench added: “In your affidavit, you could clarify whether there was a lawful interception of the petitioners or not. And if there was any unlawful interception that was not in your knowledge, then it should be a matter of your concern, too. Then, we can pass some directions on guidelines, legislative measures, etc."

Mehta, however, said the Centre will not disclose whether it used Pegasus or not because that would have its own pitfalls and such information could be used by terror groups to hamper security of the nation. “You are going in circles again and again as if we want to know everything that the government is doing. These are serious allegations that phones were tapped through software and entire privacy was taken. Your minister also took note of the use of this software in his statement in the parliament in 2019. We wanted a further affidavit to know where we stand...beating around the bush is not an issue here," the court retorted.