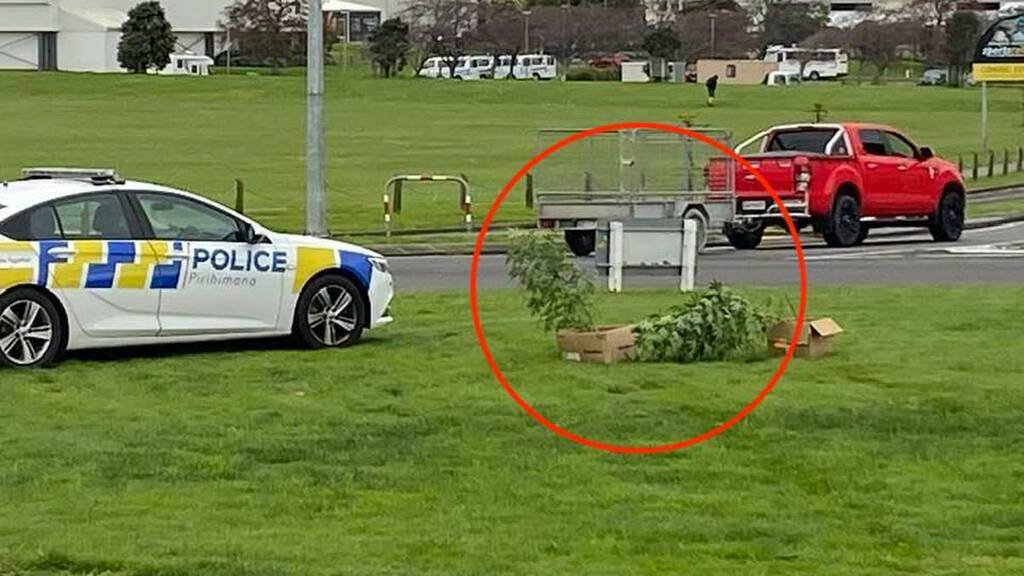 Boxes full of cannabis have been found dumped in the middle of a busy Whanganui roundabout.

A member of the public found the two cardboard boxes at the State Highway 3 roundabout between London St and Carlton Ave.

He said he got out of his truck to figure out what the plants were.

"I was actually going to go right up to it, but the cops moved in," said the man, who wanted to remain anonymous.

"I think someone wasn't happy about them."

A social media post of the discovery has since gone viral.

"Someone's neighbour must have gotten angry," one user commented.

"I'm surprised they were just left there untouched," another read.

A police spokesperson said the cannabis has been destroyed.

"It looks like police were advised by a member of the public that there had been two cardboard boxes dumped at the roundabout there, that had cannabis in them."