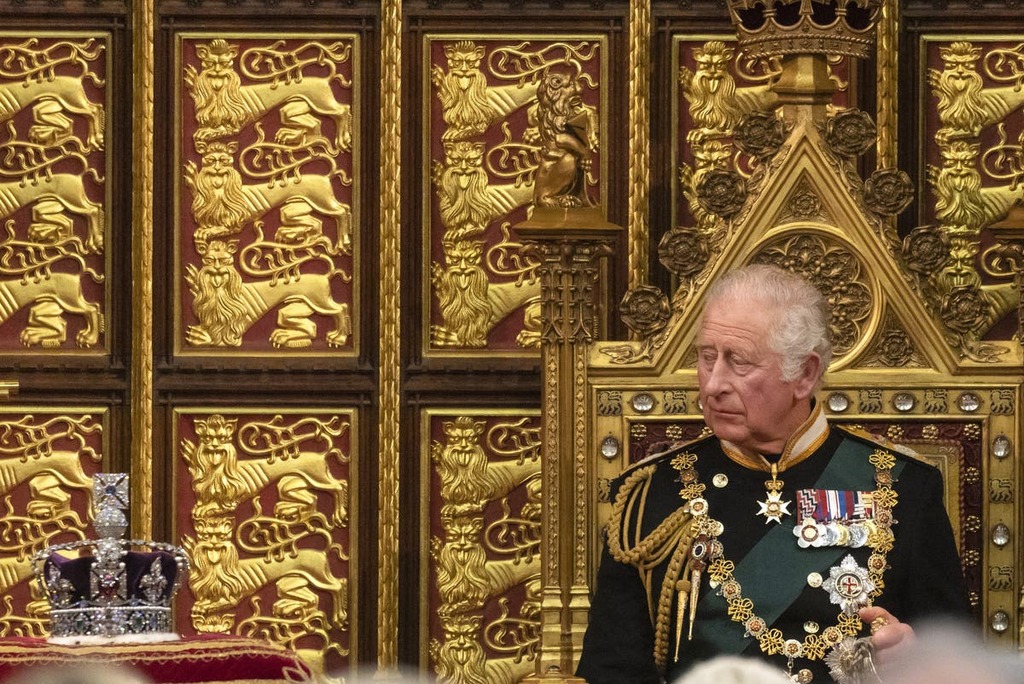 The last time the Queen missed the State Opening of Parliament was in 1959 and 1963, when she was pregnant…

The Prince of Wales has said he is looking forward to his trip to Canada as the country’s High Commissioner praised the Queen for her “unparalleled dedication”.

Camilla paid tribute to the Commonwealth nation by wearing a red dress – one of the colours of the Canadian flag – when she and Charles visited the country’s High Commission in London.

The couple’s three-day tour of Canada begins on Tuesday and Ralph Goodale, Canada’s high commissioner to Britain, said the enduring ties between the UK and his homeland were important.

In a speech, he told the couple: “Next week, their royal highnesses are off to Canada for a Platinum royal visit, marking Her Majesty’s 70 amazing years of service to Canada.

“This visit to Canada House in London is the launch and a broad cross-section of Canadians in the royal kingdom are here, your royal highnesses, to see you off on your journey, to wish you well, to pay tribute to her majesty, and to say ‘thank you’ for her unparalleled dedication.”

He added: “It is typical of this wonderful sovereign that she wants her Jubilee to be a celebration of the accomplishments and the service of others.

“In our case, that means recognising what so many amazing Canadians have built and done and contributed over the past 70 years, from youth and business people, professionals, researchers, academics, scientists, artists, performers and public servants – we have a great many great Canadians with us today.”

Charles and Camilla met members of the Canadian diaspora from artists and entrepreneurs, to academics and politicians, as they celebrated the nation ahead of their trip.

Victoria Teeple, a former employee of the Canada-UK Chamber of Commerce, chatted to the couple and said afterwards: “He said they were leaving for the trip next Tuesday and were looking forward to the trip.

“It’s nice to have the royals come and say hello, it’s a strategic relationship that works both ways.”

Before leaving, the couple were treated to a few show tunes from the musical Come From Away – based on the true story about how a small community on Canada’s east coast coped when dozens of planes were diverted to its airport in the wake of the 9/11 attacks.

High CommissionCanadaHannah McKayUnited Kingdom
Sign up to read this article

The last time the Queen missed the State Opening of Parliament was in 1959 and 1963, when she was pregnant…