Canada says it is in favour of 'quick' accession to NATO for Sweden, Finland

Canadian Foreign Minister Melanie Joly said Canada was in favour of a "quick" accession to the NATO military alliance for Sweden and Finland.

"Canada not only favors their accession (to NATO), I would say we favor a quick accession of these two countries," Joly told reporters on Monday.

Sweden's government has formally decided to apply for NATO membership, Prime Minister Magdalena Andersson said on Monday, a day after Finland said it will also apply for membership in NATO.

(Reporting by Kanishka Singh in Washington) 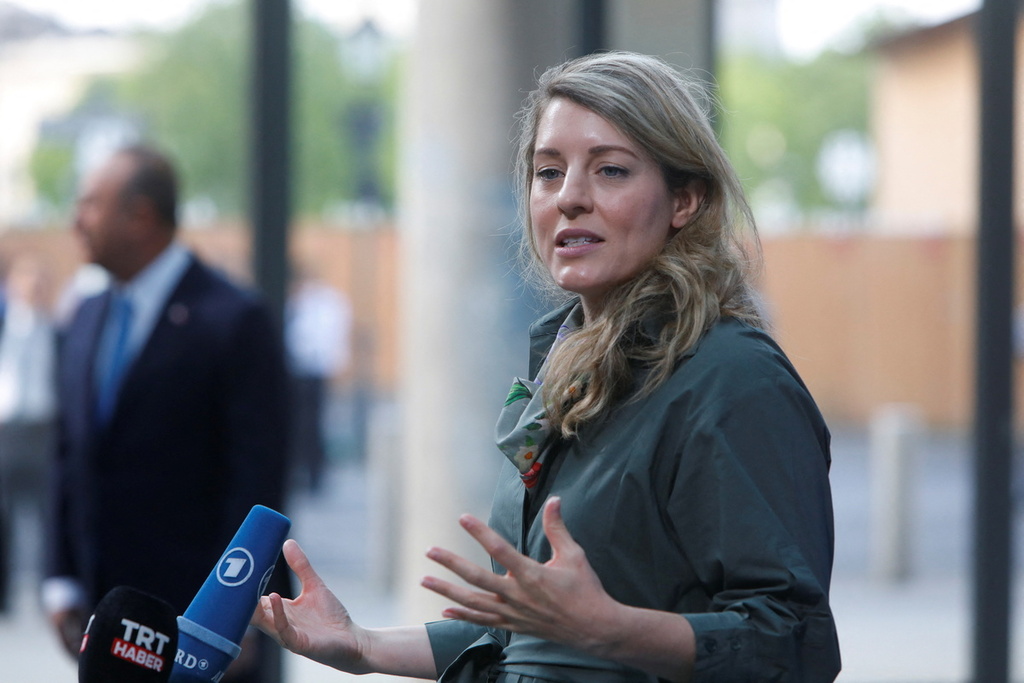 Canada says hopes for ratification of Finland, Sweden in NATO "within weeks"
Canada hopes for a swift ratification process should Finland and Sweden decide to apply for NATO membership, Foreign Minister Melanie…

Reuters
One subscription that gives you access to news from hundreds of sites
Canada's Joly says Sweden, Finland accession to NATO should be quick