Is this the new It bag to rival the Hermès Birkin or Fendi Baguette? 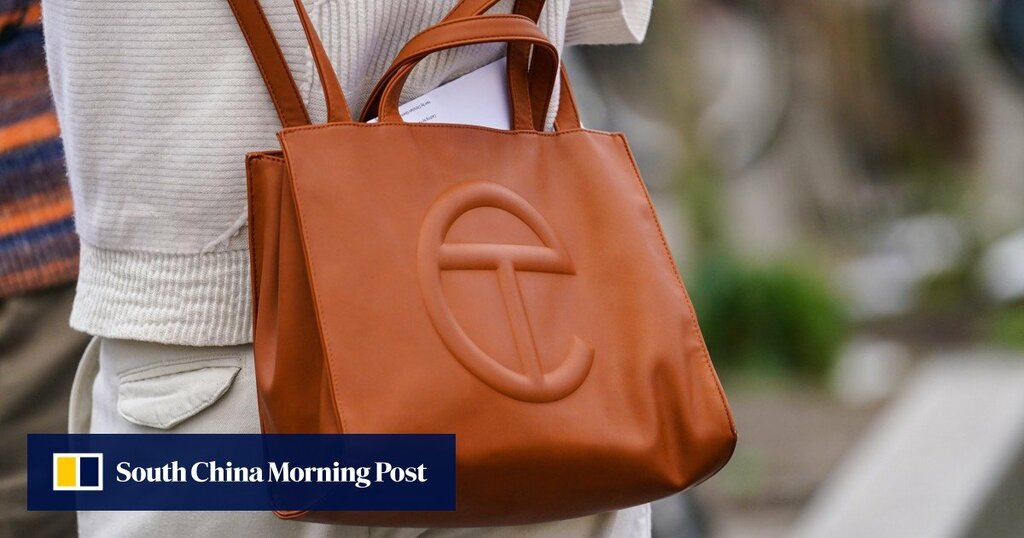 Many of fashion’s most enduring images are of icons carrying iconic bags.

There was Audrey Hepburn with the Louis Vuitton Keepall in the 1950s, for example, or Jane Birkin with the Hermès Birkin in the ’60s. Meanwhile, both Princess Diana with the Dior Lady D in the ’90s and Kate Moss with the Mulberry Bayswater in the early noughties perfectly captured the aesthetic of a decade.

Notably, all of these releases remain It bags today, which begs the question – where are all the new designs? When British Vogue wrote about the most memorable bags of the last 100 years, only two were made in the 20th century – the Mulberry Bayswater and the Balenciaga Motorcycle bag – and both of them debuted in the early noughties.

In an era of five collections a year and a laser-focus on products designed to make money, why do brands find it so difficult to make a bag that goes viral?

Major labels that define modern fashion have failed to create a bag as enduring as the Fendi Baguette or Gucci’s Jackie O.

Versace, Alexander McQueen and Burberry have all ploughed millions of dollars into designing handbag collections, but none of them quite took off, despite major advertising campaigns with top models and Hollywood stars.

The power of price: how luxury fashion is adapting to a disrupted world

“Handbags are a real powerhouse within a luxury brand, so of course they all want to create an iconic design with a waiting list,” says Anita Balchandani, a partner at management consulting firm McKinsey specialising in luxury fashion. “But it is easier for some brands than others: many luxury houses originally came to being with some sort of leather goods heritage, and have therefore had years of standing in this respect, as well as a very strong handbag offering.

“Brands that came about with fashion collections and then moved into leather accessories will always find it harder.”

Luca Solca, a senior research analyst at Bernstein specialising in luxury goods, agrees. “[Versace and Alexander McQueen] may be important in terms of fashion, but in the accessories market they are outsiders with little credibility in leather goods – and they are confronting giant brands entrenched in this category,” he says.

“The leather goods mega-brands have very deep pockets to support their designs and enhance desirability. Scale plays for them.”

If the recipe for an It bag is one part celebrity, several parts exclusivity and a few more parts “iconic brand with deep pockets”, then what should we make of Telfar, the label that makes an affordable vegan leather tote inspired by a Bloomingdale’s bag that American Vogue called the “It bag of 2020”?

It is currently sold out but last year it had no waiting list; instead there were weekly product drops that quickly became the obsession of the fashion world, and entire runs would sell out within seconds of them going online. Some of this is because the bag is affordable by the standards of designer brands, priced at just about US$250 for the largest iteration.

Celebrity fans also helped. The supermodel Bella Hadid has one in orange, while the pop star Dua Lipa has one in yellow. US politician Alexandra Ocasio-Cortez took an oxblood version to Congress, while Beyoncé was spotted with a white version of the design, to the annoyance of some Twitter users who had been told it was sold out. This summer, Zoe Kravitz and Madonna’s daughter Lourdes Leon have also been spotted carrying mini versions of the tote.

Other than Proenza Schouler’s PS1 bag, which caused quite a stir when it came out in 2008 but has since lost its lustre, this is one of the first bags of the 21st century to have created waiting lists and fevered blogs about how to buy one.

And it is interesting that the one brand that managed to create a viral bag is helmed by Telfar Clemens – a black Liberian-American DJ and purveyor of genderless fashion from Brooklyn in New York. Quite far removed from your standard European luxury house, then.

So how has Telfar succeeded where so many other much more established brands have failed?

“There are a few ingredients that go into making an It bag,” says Balchandani. “Firstly it’s about the shape and how iconic it is. That’s an important element. Not every bag is an icon, no matter what brand has made it. But building on its fame requires celebrity and how it is amplified on social media.

“Tied with that is the question of longevity and that requires the brand to keep investing in an icon to keep it alive and evergreen over time.”

The “Bushwick Birkin”, as the Telfar bag has been nicknamed in fashion circles (Bushwick is a neighbourhood in New York’s Brooklyn borough), is an undeniably great design backed up by clever marketing. While luck also plays a part here, whether it remains popular is largely down to how the brand capitalises on its current success.

“There is a real journey around premiumisation,” says Balchandani. “I’ve worked on creating a handbag inflation index because some handbags continue to premiumise with time and that’s where the real money lies. Their earlier iterations were often quite simple but now you can buy them in more complex material with greater levels of detail. That’s what gets them into a collectible category.”

This brings to mind the Hermès Birkin that was sold at auction in Hong Kong in 2016 for HK$2.32 million (US$300,000) – a bag made from rare Himalayan crocodile skin with white gold detailing and encrusted with over 200 diamonds.

Telfar – being vegan, and popular with eco-conscious under-30s – may have to go in an entirely different direction if it wants to hold our attention for the next 50 years.