Can Someone Pls Explain That Weird Nadia Bartel Scene On Have You Been Paying Attention? 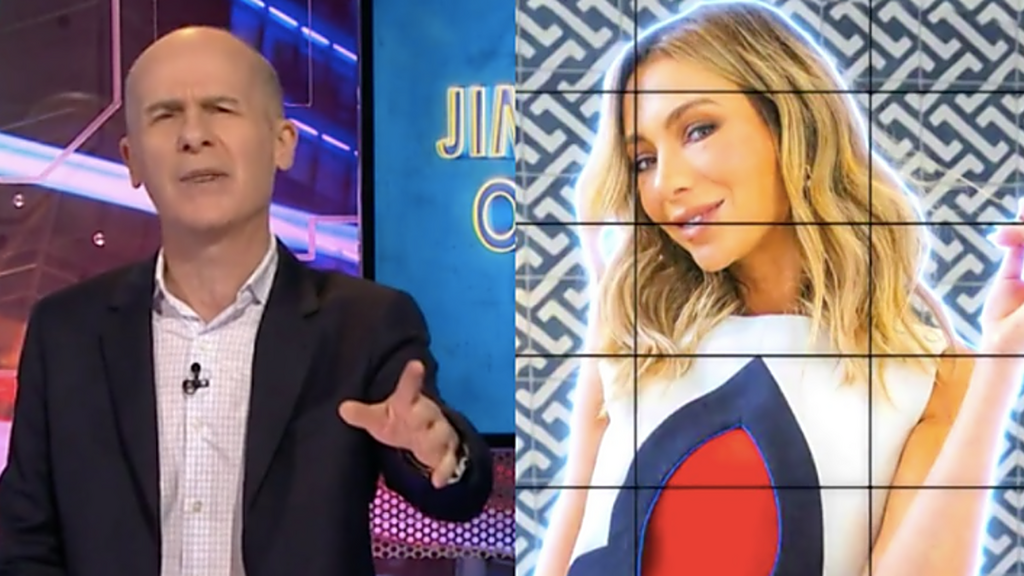 The Nadia Bartel video scandal has been the talk of the town for the past week, spanning dozens of articles and memes on social media, along with an accidental mention on telly.

During last night’s episode of Have You Been Paying Attention?, a Ten series where comedians discuss viral events from the past week, a video montage showed images of stars who have recently gone viral, including Abba, Russell Crowe and one Nadia Bartel.

Here’s a screengrab from the ep via Ten.

Daily Mail Australia reports that despite the pic of the disgraced influencer popping up in the opening scene, there was no mention of the gal or her alleged shady dealings in the ep.

So it’s very likely that Nadia was discussed (read: torn to shreds) by the comedians in the episode, but the scene may have been cut from the show.

PEDESTRIAN.TV has reached out to Ten for a comment.

ICYMI: a video of the influencer / fashion designer was accidentally uploaded to Instagram on Thursday night appeared to show her snorting white powder off a plate, surrounded by a group friends.

The three-second video was uploaded by Bartel’s friend and business partner, Ellie Pearson, before being deleted.

For theories on how the hell the video ended up being shared with the world, head here to read our yarn where we unpack all the spicy rumours.

Last Friday, Nadia Bartel shared an Insta apology in which she said that she is “truly and deeply sorry” for her actions.

“Hi Everyone, I have let you all down by my actions,” she wrote.

“I take full responsibility and I am committed to taking all necessary steps to ensure I make better choices in future. To my family and friends, my business partners and the public health workers trying to keep us all safe, I am embarrassed and remorseful.

“I am truly and deeply sorry. I hope I can earn your forgiveness and, in time, your trust.”

The post Can Someone Pls Explain That Weird Nadia Bartel Scene On Have You Been Paying Attention? appeared first on Pedestrian TV.