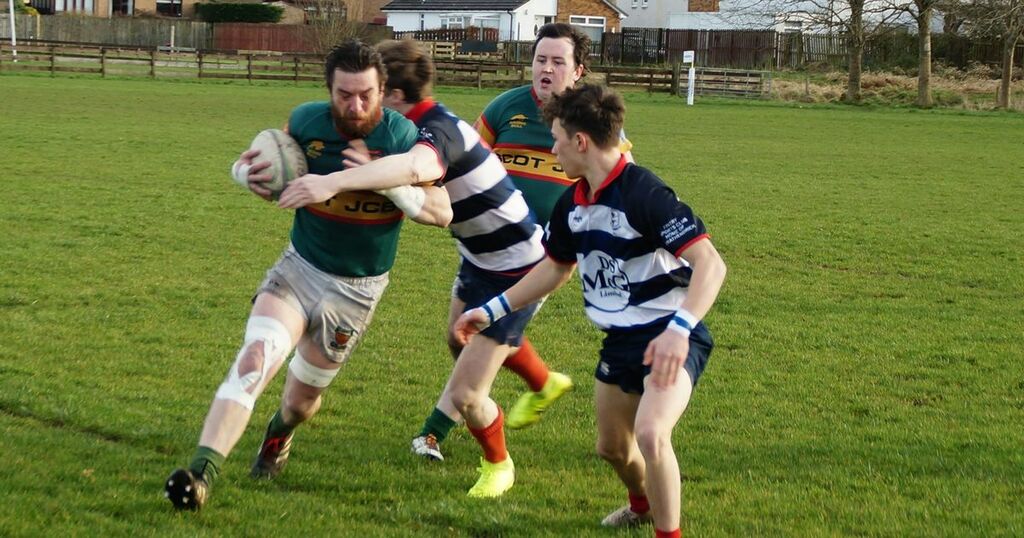 Cambuslang agonisingly lost their Tennent’s West League 1 opener against Strathendrick due to a last-gasp penalty – but coach Alex Donaghy has appealed.

Due to a mix-up with new rules set by Scottish Rugby for higher-league rugby, Strathendrick fielded seven substitutes in the game, when teams at that level are only allowed four.

Donaghy argues that gave their opponents an advantage, and says he’s backed by the match referee.

He said: “There’s a bit of controversy about it, and I’ve appealed.

“In our league you’re only allowed four subs, but they had seven, because they thought the rules the SRU brought out during the week said ‘seven subs’ and that was for every club in Scotland.

“The referee can’t do anything about it on the day, because he didn’t get a team-sheet off them, but he is backing me.

“I don’t know what the outcome will be. They might get deducted points, or we’ll get the win – I don’t know how they’ll work it out.”

Nevertheless, after a rusty start, Donaghy was delighted to get back into action, with a home clash against Annan scheduled for this Saturday.

He said: “We had a pre-season game against Whitecraigs and won 5-0, but in the first half it was a comedy of errors; dropping the ball, knock-ons, and it was like ‘are you having a laugh’.

“In the second half we came into it, scored four tries but lost it in the last minute of the game when they got a penalty.

“My boys played well, considering I had nine guys not available – there were a few under-18s who came up, they coped well and blended in well.

“This week coming against Annan I’m hoping for a very strong team, I’ve got a lot of boys who are available who weren’t last week, so I’ll have a much stronger forwards.

“It will be an interesting game against Annan – there were six points in it in the last two games, so it’s one we’re looking forward to.”

Result and appeal aside, Donaghy says he saw people playing with a smile on their face for the first time in well over a year.

He said: “It was brilliant, to get that atmosphere again, get the boys actually enjoying themselves, with contact rugby, getting out the house and doing something!

“We’re glad to be back and everybody’s being safe – we’re testing on Tuesday and Friday to make sure everything’s okay, but you need a bit of sanity and a bit of rugby, so it’s great to get back to normality.”