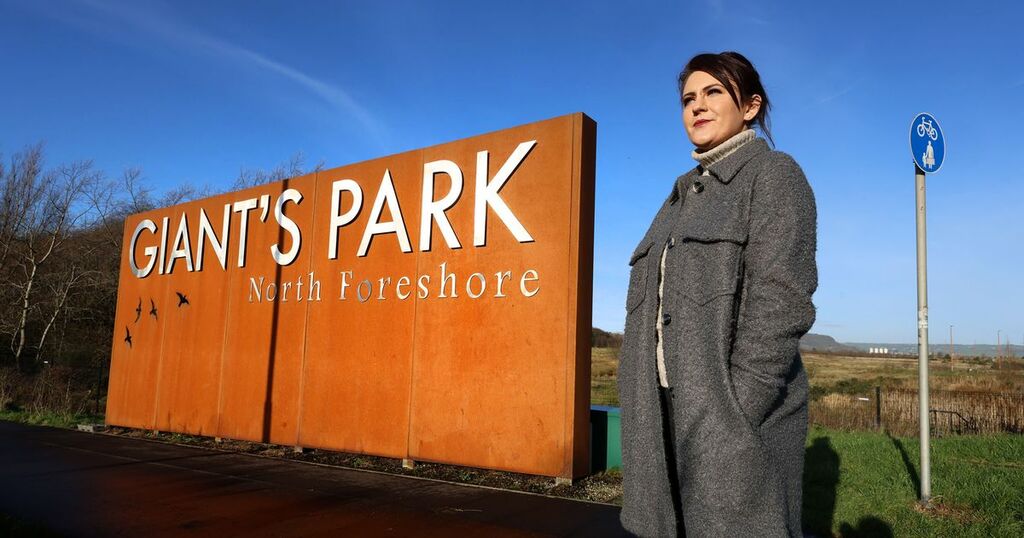 A Belfast political representative has voiced concerns that a planned park won't be accessible in its current state.

Ulster Unionist Julie-Anne Corr-Johnston is calling for a footbridge to be installed in North Belfast to link Loughside Park on the Shore Road with the entertainment park planned for the North Foreshore of Giant's Park.

Julie-Anne Corr-Johnston described the upcoming development as a "groundbreaking initiative."

However, she expressed concerns that although it's bringing much-needed investment into North Belfast, and has the potential to provide jobs for local people, it's currently inaccessible to anyone without a car.

She added: "The proposed investment in this site is incredibly exciting. Investment that promises to not only put North Belfast on the map and enhance those things to see and do, but will create much needed jobs in this area.

"My only concern is pedestrian accessibility. Or rather lack of. Giant's Park neighbours the Duncrue Industrial Estate which runs parallel to Shore Road but is separated by the M2. There is a footpath over the Fortwilliam Roundabout which, if you know the area and have ever attempted to cross it, you'd agree is both hazardous and not fit for purpose.

"It's with this in mind that I am lobbying for a footbridge with the most obvious point of connectivity being in the grounds of the Loughside Park."

The £150million project is being developed by Giants Park Ltd in conjunction with Belfast City Council, and was given the green light in March 2018.

It's expected the site will be completed by 2026, and will create around 1,600 new jobs for the city.

Another section of Giant's Park, which opened for business in May 2017, is already home to a £20million state of the art film studio complex, developed by Belfast Harbour.

Belfast City Council also approved the lease of two sites within Giant's Park for a £27million investment to develop a data centre to support the digital economy, and a £20million investment to construct an anaerobic digestion facility to generate and export electricity for organic waste.