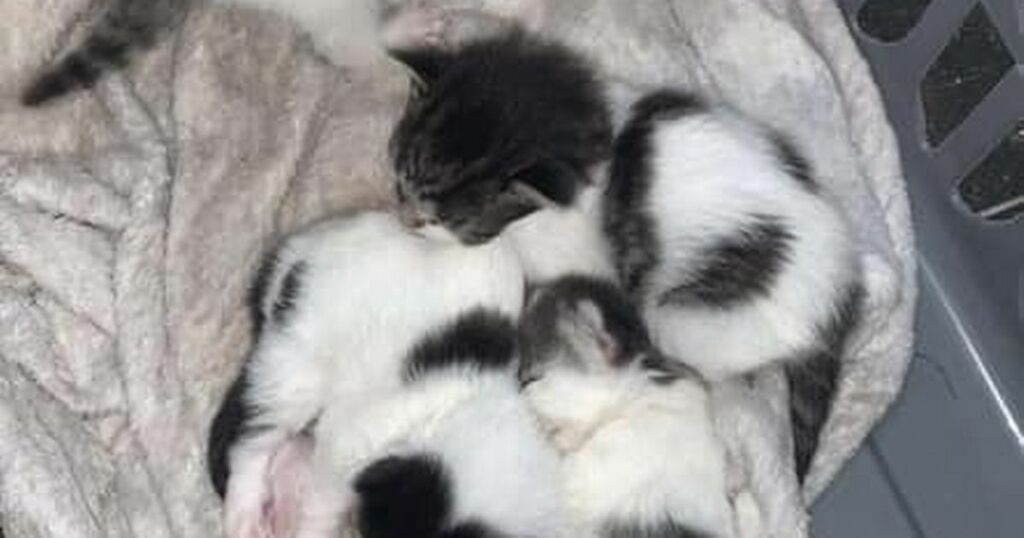 Callous thieves have broken into a Scots home and stolen a litter of newly-born kittens, leaving their owner heartbroken.

The incident took place on Tuesday August 31, with the robbers taking advantage of the house being empty to take the four kittens.

It is understood that the theft happened in the Niddrie area of Edinburgh.

The kitten's mum Pixie is said to be "traumatised" at losing her children, which were only two and a half weeks old.

Two games consoles were also stolen in the raid, along with some adult cat food.

Their heartbroken owner Leah Hamilton took to social media to make a plea for them to be returned.

She urged people to keep an eye on sales pages around the area in case they are sold on there.

In a post on Facebook, she wrote: "So on Tuesday the 31st of August I stayed with my mum and dad to prepare for going away for Livs birthday and my house was broken into, a couple Xbox’s were stolen but my main concern is that whoever it was also nabbed my pixies babies that were only 2 and a half weeks old.

"Now I don’t care about the Xbox’s, they can be replaced but these babies won’t thrive, they might even not survive without their mum.

"Pixie is traumatised, she keeps shouting on them. If anyone hears of kittens for sale in Niddrie or around in the upcoming weeks and they look like they might be ours please can you get in contact with me or my mum.

"Whoever broke in also took adult cat food so I don’t think they have much experience with kittens. I just want to make sure their safe and healthy."

Police confirmed they were investigating the theft.

A spokesperson said: “Around 9.50 pm on Tuesday, 31 August, 2021, police received a report of a housebreaking at Niddrie Mains Road, Edinburgh and the theft of four kittens along with a games console stolen from the premises.