Citing past partnerships with Labour in councils across Scotland, Councillor Campbell said the SNP group have now formally approached the Labour group to discuss forming an alliance on West Lothian Council.

The SNP again became the biggest single group with 15 councillors, and an increased share of the vote.

Labour also increased its number of councillors, and took a seat from the Conservatives who saw their numbers drop to four, and one from the SNP, dislodging Tom Ullathorne in East Calder.

Councillor Campbell called upon “progressive parties” to work with the SNP to “lock the Tories out of power in West Lothian”.

She added: “It would be a travesty for the people of West Lothian if the Conservatives having seen their vote share drop by a third in the county and their number of councillors nearly half were allowed to help form an administration for the next five years.

“We invited West Lothian Labour to talks on Sunday 8 May, to make headway in forming a progressive alliance to reflect the Council that West Lothian residents voted for.”

“Prior to the council elections last week SNP were in partnership with the Labour party in council chambers across central Scotland including East Ayrshire, East Renfrewshire, Stirling, Edinburgh and Fife.

“It’s time for the SNP and Labour councillors to work together for the benefit of our constituents who face a Tory cost of living crisis and a Brexit imposed austerity.”

Labour has controlled West Lothian Council since 2012 and latterly ran a minority-led administration with the support of the Conservative group in a loose confidence and supply agreement.

At the elections the voters returned 15 SNP councillors, 12 Labour, four Conservative, one Lib-Dem and one independent. 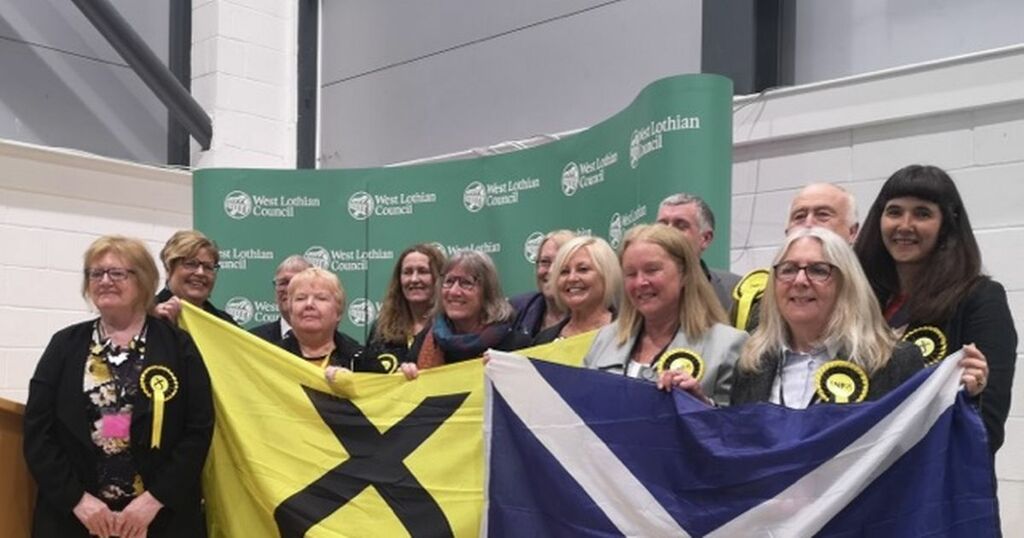 West Lothian Elections 2022: SNP offers alliance with Labour
As councillors prepare to meet face to face in Livingston for the first time in two years the SNP offers…