California’s recall election: the frontrunners in a field of 46 candidates 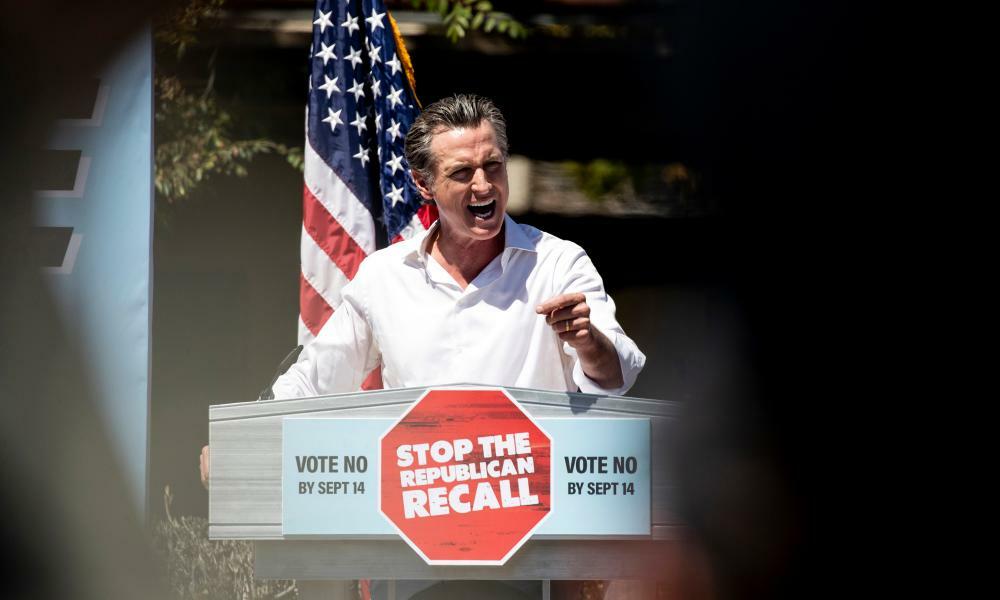 Californians are voting in the state’s gubernatorial recall election, where for only the second time in California’s history voters will get a chance to decide if the governor should keep his job.

Ballots, which must be returned by Tuesday, contain two questions: should the Democratic governor, Gavin Newsom, be recalled? And if so, who should succeeded him?

With the only requirements to run being a $4,200 filing fee “and a dream”, as recall expert Joshua Spivak put it, a total of 46 candidates have made it on to the ballot. Here are some of the frontrunners:

The frontrunner in the fight to replace Newsom is Elder, 69, a rightwing radio host who has, for the past three decades, built up a reputation for his divisive, contrarian viewpoints. Having entered the recall campaign just days before the filing deadline, he has climbed to the top of the polls. Elder opposes gun control and the minimum wage, has dismissed human-caused climate change and absolved police for shooting Black Americans. The self-proclaimed “Sage from South Central” is a familiar face on Fox news and has built a dedicated following of listeners who could help propel him to the governor’s office, despite views and policy positions that are out of touch with what most Democrats and Republican voters want.

Faulconer, 54, was a city council member in San Diego and then mayor. A relatively moderate Republican, he has supported immigration reform and acknowledged human-caused climate change. He had distanced himself from Donald Trump, but voted for the former president in 2020 and has more recently graced a number of rightwing talkshows. His policies include a plan to axe state income taxes for individuals earning less $50,000 and joint filers earning up to $100,000, and another to exempt military retirement income from state taxes.

Cox, 66, has become best known this election cycle for bringing a 1,000-pound Kodiak bear on the campaign trail with him. The businessman who made his fortune in real estate and property management, has been unsuccessfully running for political office for two decades. In 2018, he lost the gubernatorial race against Gavin Newsom by a historic margin. He has proposed addressing the state’s homelessness problem by having police crack down on public camping, cut state income taxes by 25%, and increase nuclear and natural gas energy production. He has also vowed to rescind mask and vaccine requirements.

The entry of Jenner, 71, into the race made national headlines, due to her broad name recognition and celebrity. She drew immediate comparisons to Arnold Schwarzenegger, who in 2003 leveraged his celebrity to beat Governor Gray Davis in a recall election. But her campaign appears to have fizzled out in recent weeks, and she has been lagging in polls. Echoing national Republican stances, she has said that as governor she would veto tax increases, “fully fund” the police and oppose the teaching of critical race theory in schools.

Kiley, 36, is a Republican assemblyman representing parts of Sacramento, Placer and El Dorado counties in northern California and was one of two legislators who sued Newsom over the governor’s use of executive actions during the pandemic. If elected, he wants to end the pandemic state of emergency, and get rid of mask mandates at schools.

Paffrath, 29, is one of very few Democrats running for governor. On YouTube, he posts videos about personal finance, stocks and real estate for 1.6 million subscribers. A self-professed centrist, he wants to address housing issues in part by declaring a state of emergency on housing to rush the permitting of 2m homes in four years. Paffrath has some unusual policy proposals: he’s said he hopes to solve the drought crisis in California by building a pipeline to the Mississippi River. He is also proposing to eliminate state income tax on the first $250,000 earned, and fund police departments to provide more training for officers to reduce the over-policing of Black and brown communities.