The Morrison government has been hit by an election-eve leak that cabinet’s national security committee blocked a proposal by the foreign affairs minister, Marise Payne, to double Australia’s support to the Pacific.

The revelation was expected to trigger renewed debate about the government’s Pacific policy in the wake of China signing a security deal with Solomon Islands.

Guardian Australia has confirmed that the proposal advanced by Payne included an approximate doubling of Australia’s total financial support to Pacific island countries over four years.

This package included foreign aid but the measures proposed to the national security committee are believed to have been broader.

The proposal was partly driven by concerns that if Australia did not ramp up support to its friends and neighbours in the Pacific, the gap would be filled by others, including China.

The policy, which was described internally as the next stage of the government’s Pacific step-up program, was being developed late last year and discussions continued into early 2022.

It is understood the national security committee did not adopt the entire package although some elements were salvaged.

For example, the budget handed down in March by the treasurer, Josh Frydenberg, included $350m in temporary and targeted support to assist the Pacific with Covid-19 recovery.

The national security committee, chaired by Morrison, is responsible for decisions on major issues of strategic significance and its deliberations are usually tightly held.

Its deputy chair is Barnaby Joyce and the other members are Frydenberg, Payne, Peter Dutton, Simon Birmingham, Karen Andrews and Michaelia Cash.

When a reporter asked Morrison on Friday why members of his government were leaking against him, Morrison said he rejected that accusation “100%”.

The prime minister defended his ministerial colleagues. “My national security committee has been extremely tight,” he said.

Morrison said such meetings were “not just attended by ministers” but were “also attended by officials” – but he stopped short of saying he would launch a leak investigation.

While declining to confirm or deny the substance of the report, he pushed back at the idea that increasing funding would thwart China’s activities in the region.

“You’re suggesting if you double funding in the Pacific, somehow the Chinese government doesn’t have any influence or won’t be seeking to coerce or exert its influence,” Morrison told reporters in Perth. “That assumption doesn’t hold.”

“What this shows again is Mr Morrison dropping the ball,” Wong told ABC Radio National. “They simply did not ensure that they looked at how Australia could make sure we were the partner of choice.

“How do we ensure that we secure our region? That’s the key strategic question. And on this Mr Morrison dropped the ball, and Australian security is paying the price.”

Birmingham did not deny the substance of the story in the Australian.

“There’s no shortage of willingness from our government to invest,” the finance minister told ABC Radio National on Friday. “I’m just emphasising we have absolutely acted on much advice from Marise and we have increased support in the Pacific.”

Birmingham said he would not enter into a public “debate” about the story, and Payne was “not going to debate what does or does not go to cabinet either”.

Morrison has repeatedly argued that the government was not blindsided by the emergence of security negotiations between China and Solomon Islands, which led to the signing of a deal in the early stages of the Australian election campaign.

After the signing, Morrison said Australia and the US shared the same “red line” when it came to opposing a Chinese military base in Solomon Islands, without specifying what action might be triggered if that line were crossed.

Morrison has argued China is exerting “enormous pressure” on Pacific island countries, and has dismissed claims from Labor that the deal represents the biggest Australian foreign policy failure in the Pacific since the second world war.

On Thursday he said he wanted to visit Solomon Islands and other Pacific island countries if re-elected on Saturday.

Labor’s costings, released on Thursday, included a pledge to add $538m to Australia’s foreign aid budget for the Pacific over the next four years. The Labor policy is part of a broader package of measures aiming to “restore Australia’s place as first partner of choice for our Pacific family”.

Dutton has repeatedly argued that China has taken an “aggressive” approach and operates “by very different rules” in seeking to deepen its influence in the region.

Some of the rhetoric has angered the prime minister of Solomon Islands, Manasseh Sogavare, who said the country was being treated like kindergarten children.

In April the head of the Office of National Intelligence, Andrew Shearer, denied that there had been an Australian intelligence failure, insisting that China had long been interested in expanding its presence across the Indo-Pacific.

New Zealand’s foreign affairs minister, Nanaia Mahuta, later characterised it as “a relationship failure” in an interview with the Guardian.

On Friday the Australian government said total support to the Pacific was $2.7bn this financial year. That figure included loans, security programs, health and financial support and “a record $1.85bn in official development assistance”.

“We are easily the largest bilateral donor to the Pacific,” a government spokesperson said, pointing to the opening of six new diplomatic missions in the Pacific since 2018 and the doubling of the lending capacity of the Australian infrastructure financing facility for the Pacific, from $1.5bn to $3bn. 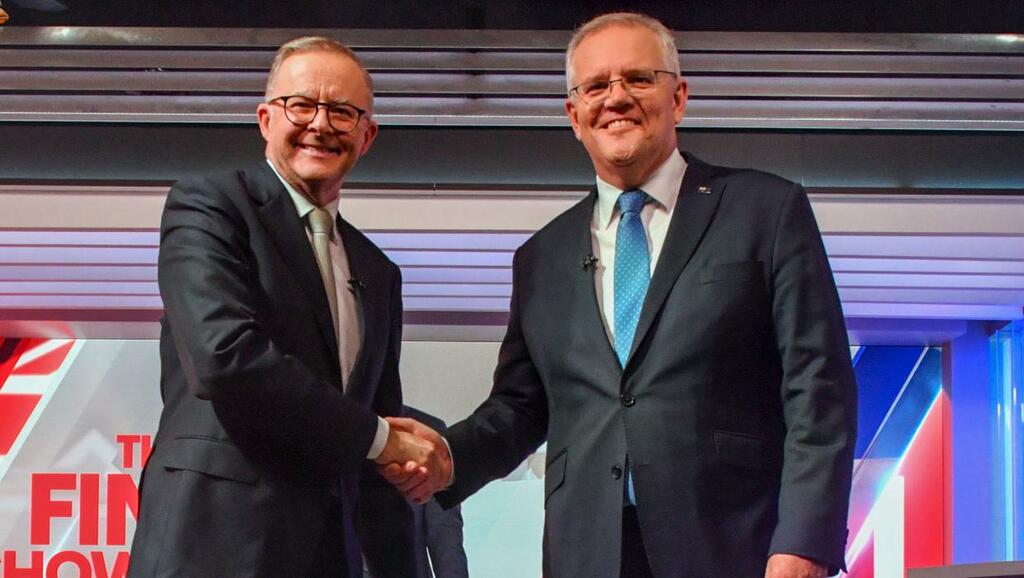 Australia set to go to the polls in expected close election
Australians will go to the polls on Saturday following a six-week campaign that has focused on pandemic-fuelled inflation, climate change…

Irish Independent
One subscription that gives you access to news from hundreds of sites
EXPLAINER: How do Australian parties differ on key issues?

The Independent UK
Australia election 2022: How do the political parties differ on key issues?