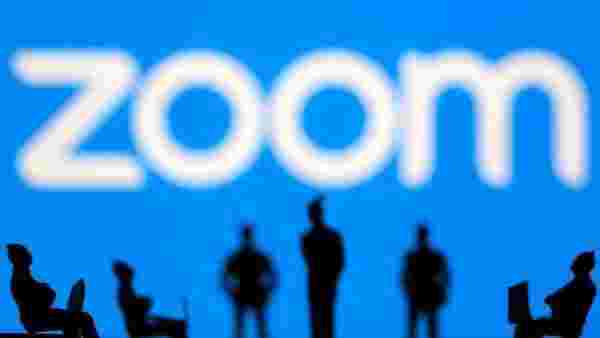 The return to work isn’t happening as expected this fall. The same is true for work travel.

Business travel has remained stymied by the pandemic, even as people take to the skies in droves for vacations. Hopes for a rebound in business travel this fall have deflated with the spread of the Delta variant of Covid-19.

And companies are trimming travel budgets for 2022, with this message for employees: Do you really need to go, or can the trip be a Zoom?

“Companies are re-evaluating and trying to understand where does travel make sense and where does it not make sense," says Anthony Jackson, U.S. airlines leader at auditing and consulting firm Deloitte LLP. “Technology will change behavior and how companies will do their jobs."

To be sure, some road warriors have returned to airplanes, hotels and long lines for airport coffee, although most aren’t making trips as frequently as before and few are traveling internationally on business. Others are champing at the bit to visit clients, return to trade shows and conventions or just see colleagues in different offices.

One big problem is that many aren’t in offices. As companies delay reopening offices, clients and colleagues are scattered working remotely. And the other big issue for business travel is the efficiency of virtual meetings. Face-to-face is definitely better in many business settings, but in others, video calls work very well.

There’s increasing evidence that a fair amount of business travel will be permanently curbed by technology. Video calls don’t require hours of waiting in airports, sitting on cramped airplanes or nights away from family.

“We learned the value of our time in many ways’’ during the pandemic, says Jennifer Wilson-Buttigieg, co-president of Valerie Wilson Travel, a unit of Frosch International Travel. Leisure bookings are 5% ahead of 2019 at her New York-based company but corporate business is still down 60%.

Research I worked on with three airline-industry veterans compiled data on the specific purposes of business travel and then estimated the impact of technologies like Zoom and telepresence in each category. The result: The permanent disruption likely amounts to 19% to 36% fewer business trips overall.

Business travel isn’t all salespeople on the road meeting with clients and pursuing new ones, or people attending conventions and trade shows. Our research found about 25% can be classified as sales and securing clients and another 20% for conventions and trade shows. Intracompany meetings and training make up another 20%, according to our research. That’s a category that could be replaced by online sessions.

So far, our estimate of the impact appears on target. HRS Group, a London-based business travel company that helps big companies negotiate discounts at hotels, says it believes business travel next year will be down 30% compared with 2019, for example.

The biggest factor, says HRS spokesman Michael Brophy, “is the reduction of internal meetings, which everyone has gotten used to doing via Zoom or Teams."

Food maker Mars, which has 130,000 employees in 80 countries, said it plans to cut its future business travel globally by at least half compared with 2019.

“We will travel for purpose rather than presence," the privately held company said in a statement. The move is intended to promote employee wellness and meet environmental goals.

Several airlines have warned their financial results will be worse than expected because of the fall setback in business travel. Deutsche Bank’s airline analyst Michael Linenberg now projects U.S. corporate travel will get back to only 50% or 60% of what it was in 2019 by the end of this year.

Conferences and trade shows have shown some reawakening. In Orlando, Fla., which has been a more active meeting and convention destination than most, the convention center has held 89 events through August this year—many of them coming this summer—and another 42 are scheduled for the last four months of 2021.

But cancellations continue—one fall event canceled last week, according to a convention center spokeswoman. Thus far, 28 events canceled this year and another 25 were rescheduled, some out as far as 2030.

Companies are “ready to get back to business. We saw that in our June and July events, which were extremely strong,’’ says Mark Tester, executive director of the Orange County Convention Center in Orlando.

Deloitte surveyed 150 travel managers this spring and found that building back travel spending is a tug of war internally: Two-thirds of the travel managers surveyed said tighter budgets will limit who travels and how often.

Even before the Delta-variant surge, travel managers in the survey said they expected a slow return with damped demand through early 2022. By the end of 2022, Deloitte predicted that U.S. corporate travel spending would reach 65% to 80% of 2019 spending.

Travel managers said that while visits to prospects and clients will lead the comeback, the pandemic experience has convinced executives that tech platforms will suffice for some internal team meetings, leadership meetings and training as well as some conferences.

“They are definitely getting to a place where it’s a new normal," Mr. Jackson says.

One example: Conferences and meetings for training and education likely will migrate to Zoom and other platforms for many attendees (though some will be in person as well). But gatherings where the real value is networking, seeing competitors’ products and pitching clients will likely return in-person.

Even among Mr. Jackson’s airline clients, “I think now there is a realization that business travel will probably not come back to where it was at 2019 levels at least for quite some time," he said.

Publicly, airlines that depend on business travel for the bulk of their profits are holding fast to the notion that the dip isn’t permanent.

Delta Air Lines Chief Executive Ed Bastian says corporate spending in March was only 20% of what it was in 2019 for his airline. That doubled to 40% by June, and he thought it would be 60% by September. The latest variant—Mr. Bastian won’t call it “Delta"—pushes that timetable back, but doesn’t change it.

Mr. Bastian says that people are comfortable with travel itself—planes were packed this summer with plenty of business employees on vacation. Once offices reopen and companies gain confidence that they can send employees out without increasing their risk of illness, he says business trips will resume.