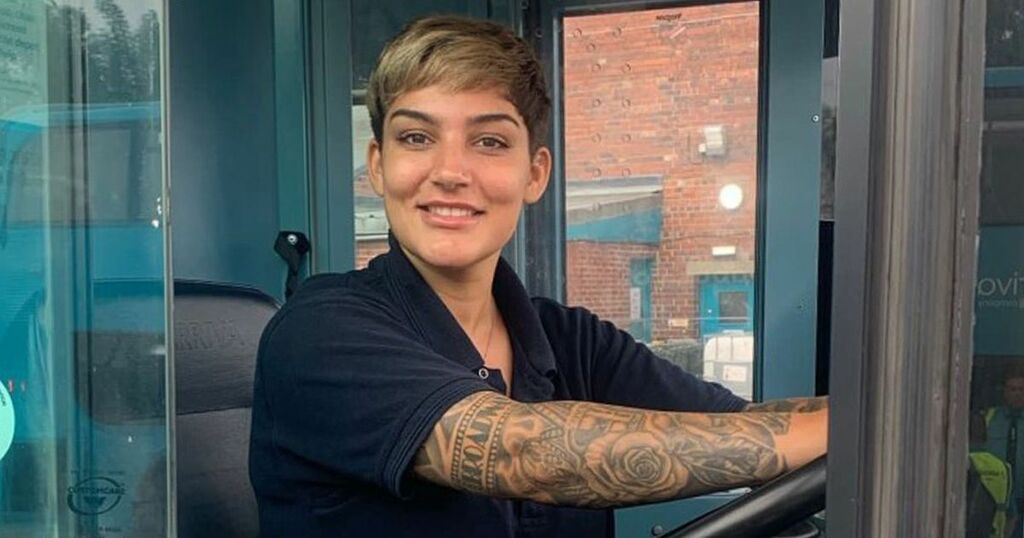 A bus driver says she has faced sexist comments from passengers including being told she should be at home painting her nails or brushing her hair.

Charmane Major, 27, from Leeds has been driving buses for six years but says that she has faced sexist comments from passengers who are shocked when they step on and see her behind the wheel.

The bus driver claims she is often asked 'where is the driver?', questioned about whether she can actually drive the bus and told that she is too pretty or that she does not look old enough to be doing the job.

She said: "I think it is rubbish when people say I am too pretty to be a bus driver. Everyone needs a job to pay the bills.

"Your looks and age shouldn’t defy where you work.

"I have older men that question my ability to drive which is upsetting.

"Some people ask ‘are you sure you can drive this?’ or ask ‘where is the driver?’

"But it makes me more proud that I can show them that I am a good driver and that I will get them to their destination safely.

Charmane says that in her five years as a bus driver she has experienced lots of sexism in situations when passengers are shocked by her driving skills.

She added: "I am a professional driver who has passed the tests like the rest of the bus drivers. So when it comes to tight spaces I will use my professional judgement in these situations.

"If I know I can get through, I will go for it and whenever something like this happens I get comments from passengers saying well done and that they are shocked I could do it.

"I know people probably think they're giving me a compliment but it comes across as patronising because if it was a male driver it would just be expected that they would get through and they wouldn't be getting praise.

"It's like they're shocked that I am good at driving.

"I also think that female drivers get less respect from the general public.

"People try to get away with more with us, such as sneaking on the bus for free, because they don't think we will say anything."

Charmane previously worked in hospitality and never expected that she would become a bus driver.

She says that being a bus driver is fun and she loves that she gets to meet different people from different backgrounds daily.

Charmane added: "I like being out on the road and not stuck in one place.

"I get to see things along the way and I love driving in different seasons.

"Although I enjoy the job, it's not always easy. You come across so many people in the day which can be tough because sometimes bus drivers might get abused or ignored.

"You might see 200 people a day and barely any of them say hello. It can be lonely if you are introverted and shy.

"But I am outgoing, people recognise me and give me the time of day.

"I love the freedom, you haven’t got anything to worry about as long as you are treating people with respect and driving safely then it is a great job.

"I would love for more females to apply because anyone can be a bus driver if they want to be. It is daunting for a female to work in a predominately male industry but there are enough females to support one another.

"People think bus drivers are miserable but they’re lovely people, and we are like one big family."