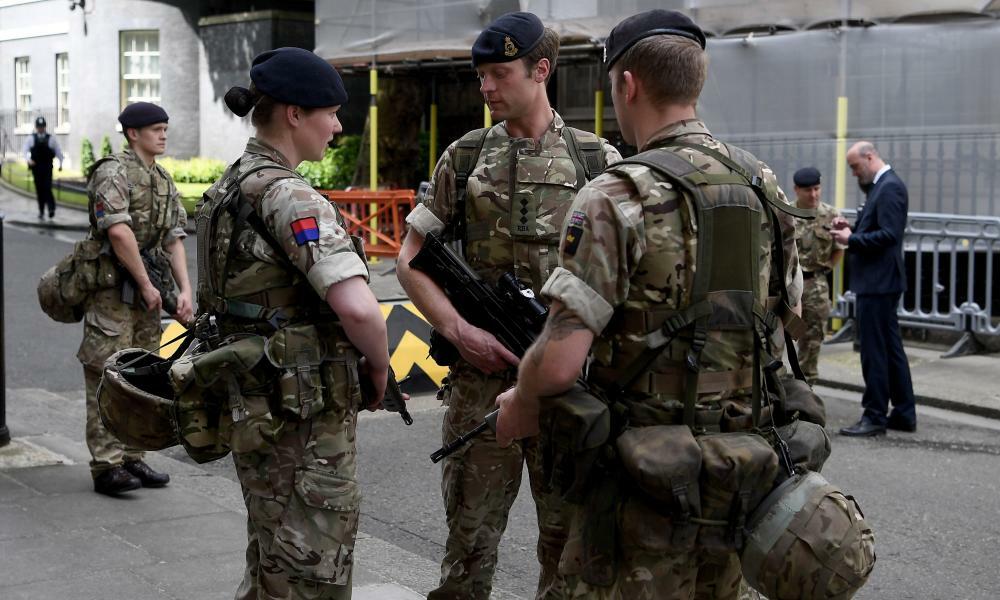 What if the virus had been more deadly, more infectious? What if the deaths in the UK had been in the millions rather than the hundreds of thousands? These are questions most of us have asked ourselves, imagining scenarios in which, as philosopher Srećko Horvat puts it in his book After the Apocalypse, Covid is a revelation of the new deadly viruses to come, fuelled by scientific experiment and ecological collapse. Now Sarah Hall has turned those imaginings into a novel, at once epic and miniature, the story of two lovers cut off from a disintegrating world.

Edith is a sculptor, raised by a single mother who was disabled by a stroke. She has overcome the fragility of her upbringing by making vast, often violent works of public art. She became famous with Hecky, a 40ft witch squatting by the side of the motorway. As always with Hall, the setting combines a sense of displacement with intense specificity; Edith lives in a “middleplace” in Scotland where she has turned a vast warehouse called Burntcoat into a combination of home and studio. It’s here that she begins her love affair with Halit, an immigrant chef. Lockdown comes and Halit moves in with her. They have the confidence of new lovers: “It did not seem possible joy would be disrupted, or that our bodies could break.”

Around them, society collapses, corroded by illness and lockdown. The virus spreads wildly “along lines of ethnicity and poverty” and there are fights at food banks and burgled shops. The government responds with more authoritarianism: the military patrol the streets, curfews are introduced for all. Halit goes out to salvage food from his former restaurant and comes home bleeding. A few days later he develops lesions – Aids seems to be in the imaginative mix here, too – and his illness begins.

I am doubtful about the value of dystopia in our present moment. Hall’s fictional version isn’t the virus or the lockdown we’ve had, and there’s a danger that we could fall further into our current impasses if we give in to the desire to fantasise apocalypse. What’s fascinating here, though, are Hall’s revelations about illness and its relationship to creativity and to sexuality. She may have needed to imagine a more extreme form of the virus to explore this terrain.

Edith respects the virus as a work of art - 'perfectly composed, star-like, and timed for the moment of greatest chaos'

This terrible, ambivalent closeness takes all of Hall’s magnificent powers as a novelist to describe. I was left feeling that only she could write it. Just as powerful are her awed descriptions of the virus itself, which Edith respects as a work of art in its own right. “I’ll say it again. It was – it is – perfect,” she writes. “Perfectly composed, star-like, and timed for the moment of greatest chaos.” As an artist, she is grappling with what to make of her awe. Hovering throughout is the question of whether the demonic creativity of the virus signals the end of other forms of creativity or might spur new ones. A kind of answer comes in sculpting the virus itself, as she does when commissioned to make a memorial for the dead.

By the end of the book, which is also the beginning, Edith is 59 and preparing for death. This is a virus that kills everyone it infects; people don’t usually survive in remission for as long as she has. The book that we read is, then, the reflections of a dying woman, and memories of her mother are movingly evoked as part of its elliptical structure. With those she has loved the most now dead, Edith turns to the virus or to death itself as a lover once illness has overtaken her; the “you” of the dead Halit and the “you” of death become hard to disentangle. “You want to test my mettle,” she writes, comparing herself now to the small child who visited her mother in hospital after her stroke, “to see the unutterable, riven mark left by your near miss”. She is torn between the truth of the virus and the truth of her dead lover, “a tear in all that, a gift of sudden truth”. The hope in this sparse, sumptuous, brilliant book is that the work of finding meaning and truth can be continued even in extremity, even as art and love slip away.

• Lara Feigel’s The Group is published by John Murray. Burntcoat by Sarah Hall is published by Faber (£12.99). To support the Guardian and Observer, order a copy at guardianbookshop.com. Delivery charges may apply.