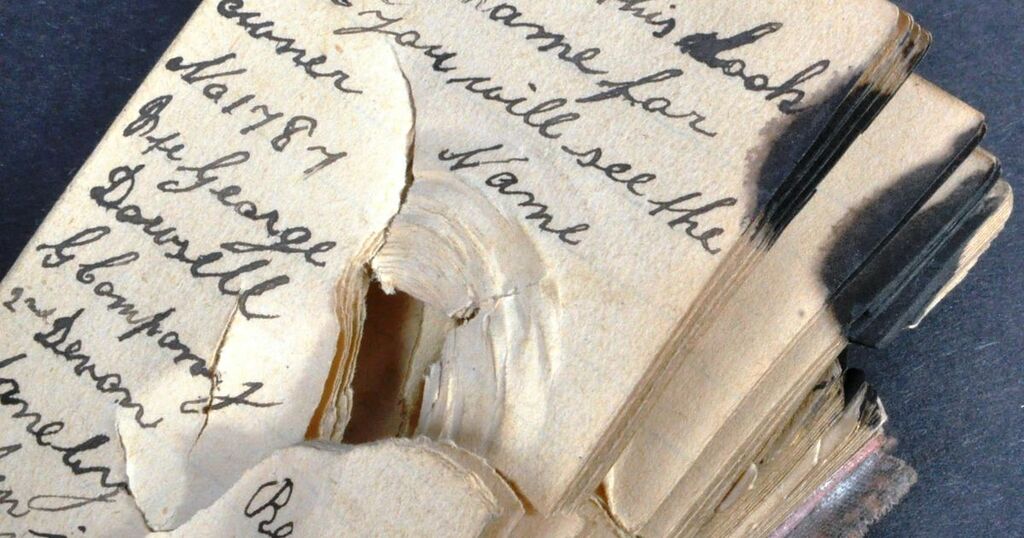 A pocket notebook which saved a soldier’s life is set to go up for auction in Bristol next week.

George Dowsell from Olveston, near Bristol, was fighting in the Third Burma War in 1891, when a bullet struck him in the chest.

Luckily his notebook was guarding his chest, which absorbed the impact and the bullet, and he survived.

Dowsell used the same notebook to write about his brush with death.

"Speak not this book for fear of shame, for here you will see the owners name," he wrote. "No. 1787 Pte George Dowsell 2nd Devon Regiment. Done by a bullet when in my pocket at Kyain Kwile Loung on Sunday the 22nd of February, 1891."

The notebook was kept by Dowsell on his return from Burma, and was passed down through his family.

130 years later, the life-saving notebook is being auctioned in Bristol and is set to fetch hundreds of pounds.

Auctioneer Andrew Stowe from East Bristol Auctions said: “This notebook is very special. Stories of being saved by items stuffed in pockets are surprisingly common throughout history – but very rarely are the actual items still preserved.

"The notebook is in a terrible state with a large bullet hole through the middle, and signs of burning from the heat of the bullet.

"Dowsell was very lucky – the bullet stops just short of the cardboard cover on the rear. If the notebook had been a millimetre thinner, he may not have lived!"

The notebook features in East Bristol Auctions’ specialist sale on September 17, and can be viewed on their website.