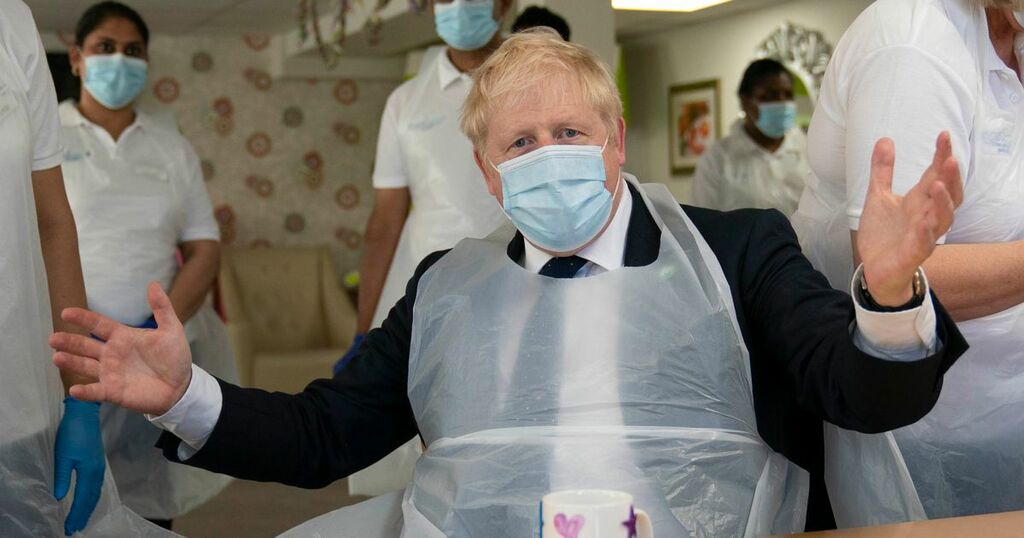 NHS trusts advertising six-figure salaries for executives have been warned voters expect "every penny" of tax rises to be spent on cutting waiting lists and social care.

Downing Street hit out on Thursday after reports that the health service was hiring dozens of senior managers on salaries of up to £270,000.

It came as the Government unveiled a manifesto-breaking hike in National Insurance to clear the waiting list backlog and to fund social care reforms.

Boris Johnson saw off a potential Tory rebellion on Wednesday over the plan, which will raise £12 billion extra a year for the NHS and adult social care.

Under the plans announced by the Prime Minister the NHS will get the bulk of the £36 billion raised in the first three years, with £5.4 billion for social care in England.

That balance is expected to tip towards social care in subsequent years as the £86,000 cap on costs introduced from October 2023 starts to require funding.

But MPs and experts have raised concerns about the huge tax burden on working people, and that little might be left available for social care in three years time.

Meanwhile, the Telegraph reported that chief executives of the 42 new integrated care systems around the country would be paid an average of £223,261 - with some set to rake in around £270,000-a-year.

The PM's spokesman told reporters on Thursday: "The public will rightly expect every penny raised by the levy to be spent on cutting Covid waiting times and finally fixing the care crisis.

"NHS England is already working to be more efficient and cut waste, for example to cut the number of commissioning organisations down from 211 to be replaced by 42 integrated care services.

"This significantly reduces the number of chief executives."

But No10 also stressed that the NHS must be able to recruit top quality candidates to run the Covid-ravaged service.

"These individuals will be responsible for a population of around a million people with billion pound budgets, and so we want highly qualified people who can deliver for the public," he added.

Meanwhile, Care Minister Helen Whately said the Government would be keeping a "really close eye" on how extra funding will be spent.

She said: "People working in the NHS in those kinds of roles are taking on a lot of responsibility, they're big jobs, and they're moving from having more senior managers in the NHS to fewer through doing this, the NHS reckons that it needs to have that level of pay to have the right people in those jobs.

"But I do think the Government keeps a really close eye on making sure that NHS money is spent carefully and appropriately because we want as much of the funding as possible to go to the front line."

Mike Padgham, chairman of the Independent Care Group, said: "I'm disappointed that the vast majority of the money that's been allocated seems to be going to the NHS first, leaving social care with very little."

He added: "I'm worried in the future, will it ever actually come to social care?

"Because we're talking three years down the road and we might have an election at that time, so it's very concerning."