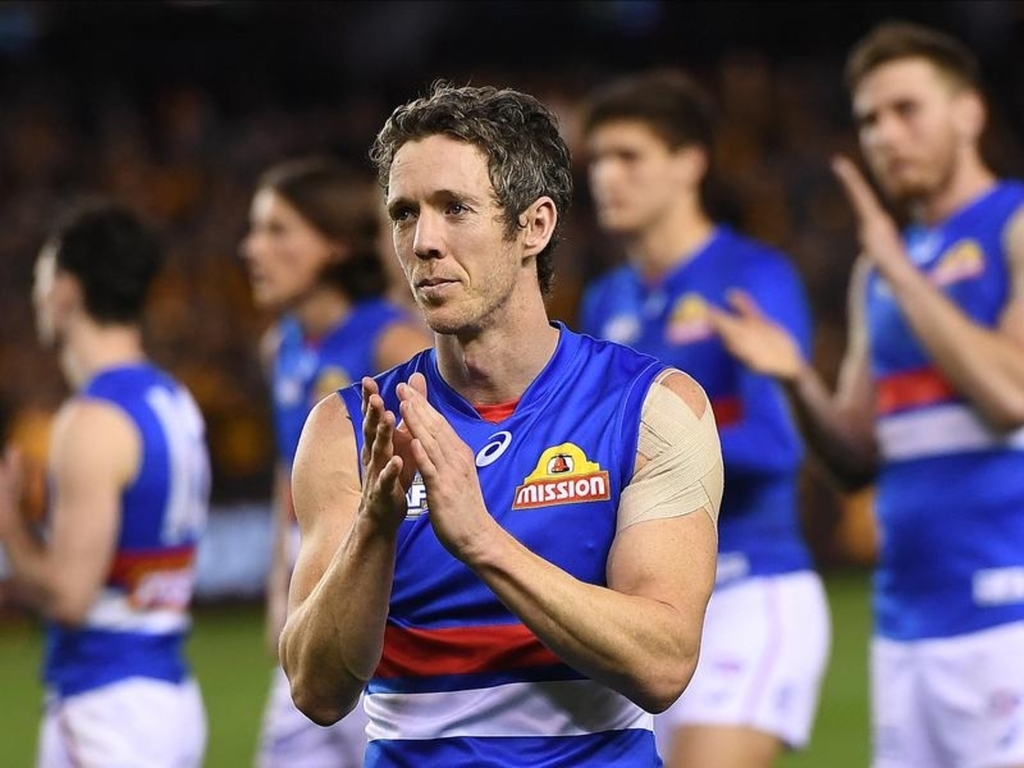 The Western Bulldogs flavour at Fremantle has been taken to another level after the arrival of Robert 'Bob' Murphy in an off-field role.

Murphy, a former Bulldogs captain who played 312 games for the club before retiring in 2017, has been named as Fremantle's head of football operations and performance, where he will manage elements of both the AFL and AFLW programs.

The trio played together at the Bulldogs.

Murphy missed out on the Bulldogs' 2016 premiership due to a knee injury.

Bulldogs coach Luke Beveridge famously called Murphy up onto the stage after the grand final win to hand him his premiership medallion.

Murphy accepted it, but later handed it back to Beveridge, who then donated it to the club's museum.

"It was clear how highly valued and respected he was at the Western Bulldogs and these leadership traits will be especially important at Fremantle as we look to foster the development of our young and talented AFL and AFLW lists," Bell said.

Murphy will assume a number of key football operational duties at Fremantle formerly overseen by Joe Brierty, who has been appointed as the club's executive general manager of operations and people.