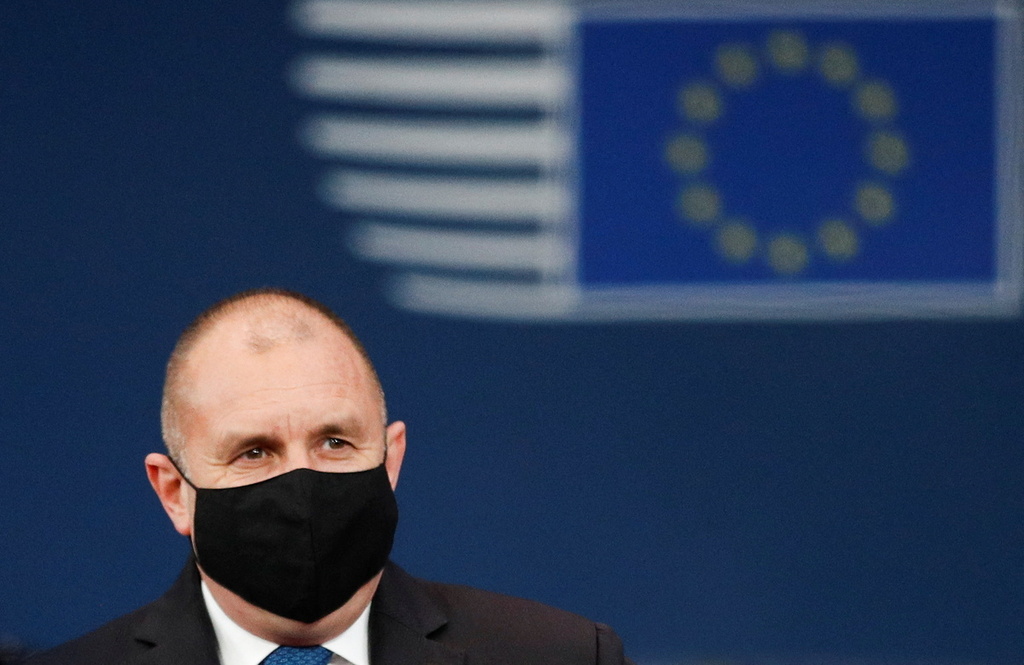 The lifting of Bulgaria's veto on the start of North Macedonia's talks to join the European Union must be linked to tangible results and not to any timeline, Bulgarian President Rumen Radev said on Monday.

Bulgaria has blocked the opening of formal EU membership talks with North Macedonia due to a dispute over history and language. It has since been under pressure from its Western allies in the EU and NATO to break the diplomatic deadlock.

President Rumen Radev spoke after a seven-hour meeting of a consultative national security council, which includes all leading political parties and other senior officials, on Bulgaria's position towards its smaller western neighbour.

Radev said the council agreed that the new Bulgarian government should work for a breakthrough, but not at the expense of national interests or the rights of Bulgarians in North Macedonia.

Radev said Bulgarian nationals there have long been subject to discrimination, which has recently escalated in public backlash on those who have openly declared their Bulgarian origin.

"Giving consent to begin the EU accession negotiations with North Macedonia should not be bound to any timeline, but to achieving tangible results, especially concerning the rights of the Bulgarian nationals in the country," Radev said.

The council met ahead of a planned visit by Bulgaria's new prime minister Kiril Petkov to Skopje on Jan. 18.

Petkov, who leads a four-party coalition government that took office last month, plans to expand the debate with Skopje to economic and infrastructure development between the two countries that could make solving other problems easier.

Petkov has said progress that could allow Bulgaria to revisit its position could come in six months.

But many in Bulgaria believe that Skopje must first resolve its disputes before advancing to the EU.