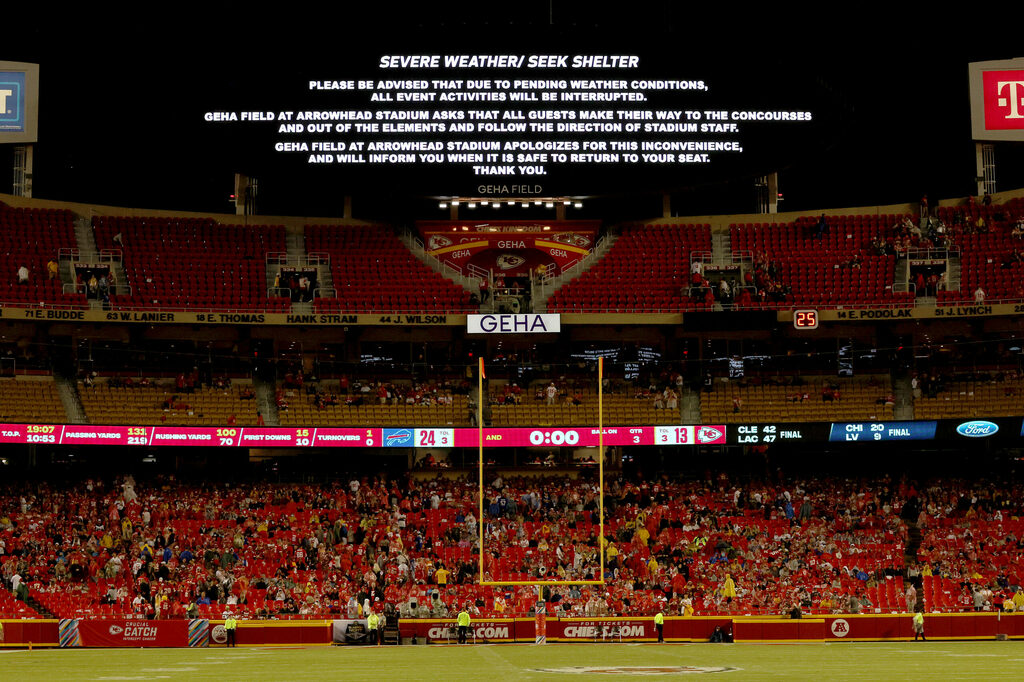 The weather around Arrowhead Stadium turned nasty Sunday with the Buffalo Bills and Kansas City Chiefs at halftime.

The Bills led 24-13 and the game was put on hold for a long break due to lightning and thunder in the area.

NBC stayed back at its studio throughout much of the delay, going through highlights of game after game. There simply wasn’t much else the network could do other than wait out the weather.

The Bills players did not want radio on, Michele Tafoya was told by Sean McDermott, the Buffalo coach.

The NBC sideline reporter added McDermott said the locker was warm — read that uncomfortable — and some players were stepping outside to get fresh air.

Oh, the Bills also were not thrilled by the balance of peanut butter to jelly in the sandwiches provided while they awaited the resumption of the game.

What are you doing during the weather delay, #BillsMafia?

The league hoped players would be able to resume the game at 11:15 ET.