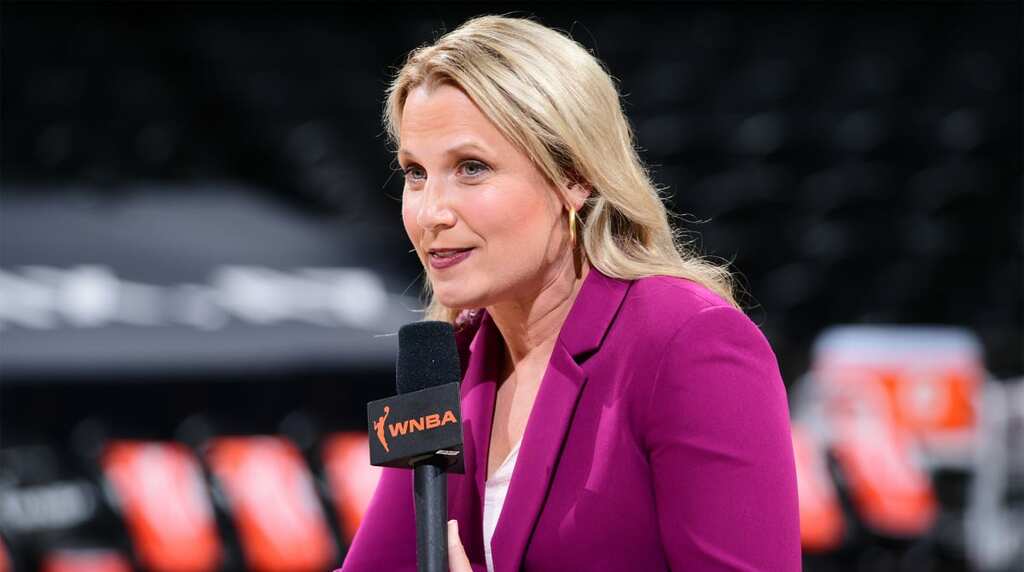 Lisa Byington is breaking barriers—again—as the Bucks hire her as a play-by-play announcer for games on Bally Sports Wisconsin.

"I understand the groundbreaking nature of this hire, and I appreciate the fact that during this process that aspect was addressed, but never made a primary focus," Byington said in the team announcement. "In fact, I applaud the Bucks for taking the first steps toward making hires like this more of the norm in the NBA. Because it’s time.”

The former Northwestern basketball and soccer player has worked as a reporter and announcer for a variety of major sports broadcasts, including Turner Sports, Fox Sports, ESPN, CBS and the Big Ten and SEC Networks. Over the last decade, a majority of her work has been done at Fox Sports and the Big Ten Network.

“Lisa’s extensive television broadcasting background, including her play-by-play work for high-level NCAA basketball on several national networks, makes her the perfect choice to take on this major role," said Bucks and Fiserv Forum president Peter Feigin in the team announcement. "While we appreciate the significance of selecting Lisa, and we celebrate this historic moment, Lisa earned this position based on her extraordinary skills and experience. We look forward to Lisa becoming the voice of the Bucks.”