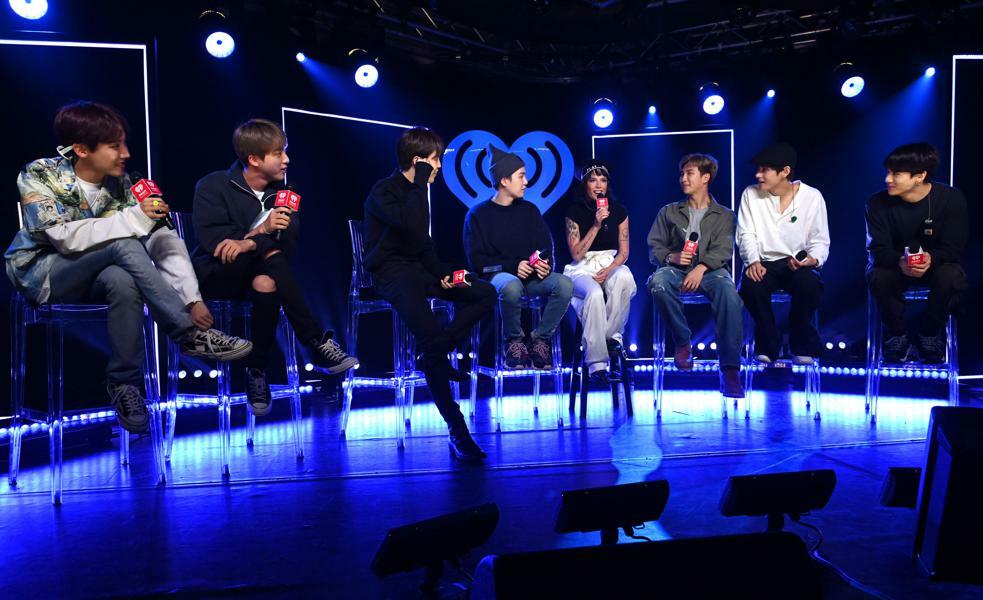 BTS grab more than their fair share of headlines this week as they debut their new single “My Universe” at No. 1 on the Hot 100, making history in several fashions by doing so. The band scores a massive, instant smash with the collaborative tune (it’s a duet with Coldplay), which is also turning out to be a quick win at radio across America as well. As DJs and programmers begin to include the just-released tune in their playlists, the septet’s other recent win makes history on one of the most competitive rankings published by Billboard.

As “My Universe” debuts at No. 33 on this week’s Pop Airplay chart, the ranking of the tunes that reach the largest audience on pop/top 40 radio stations in the U.S., BTS’s own “Butter” slides from No. 35 to No. 37. The tune may be about to depart the 40-space roster, but by finding space on the list once more, it ties an all-time record the same act set not too long ago.

BTS made history when their smash “Dynamite” earned its twentieth stay on the Pop Airplay chart, becoming the first song by a South Korean musical act of any kind to hold on for 20 weeks. The tune bested the previous record, which was owned by Psy. That solo superstar’s “Gangnam Style” lived on the list for 19 frames during its heyday, and it still holds as one of the most important and successful releases of all time by a South Korean musician.

“Dynamite” and “Butter” are now tied for the record of being the longest-charting track by a South Korean act in the history of the Pop Airplay ranking. “Butter” could conceivably breka that all-time best performance next frame, if it is still present, or it might fall off and then return, as it’s still being played across the U.S. Chances are, however, it will vanish in a few days and not find its way back after a lengthy and notable run.

Whatever happens in the coming weeks, it’s clear that when looking solely at South Korean artists and their performance on the Pop Airplay chart, nobody is close to matching BTS’s performance these days but themselves.