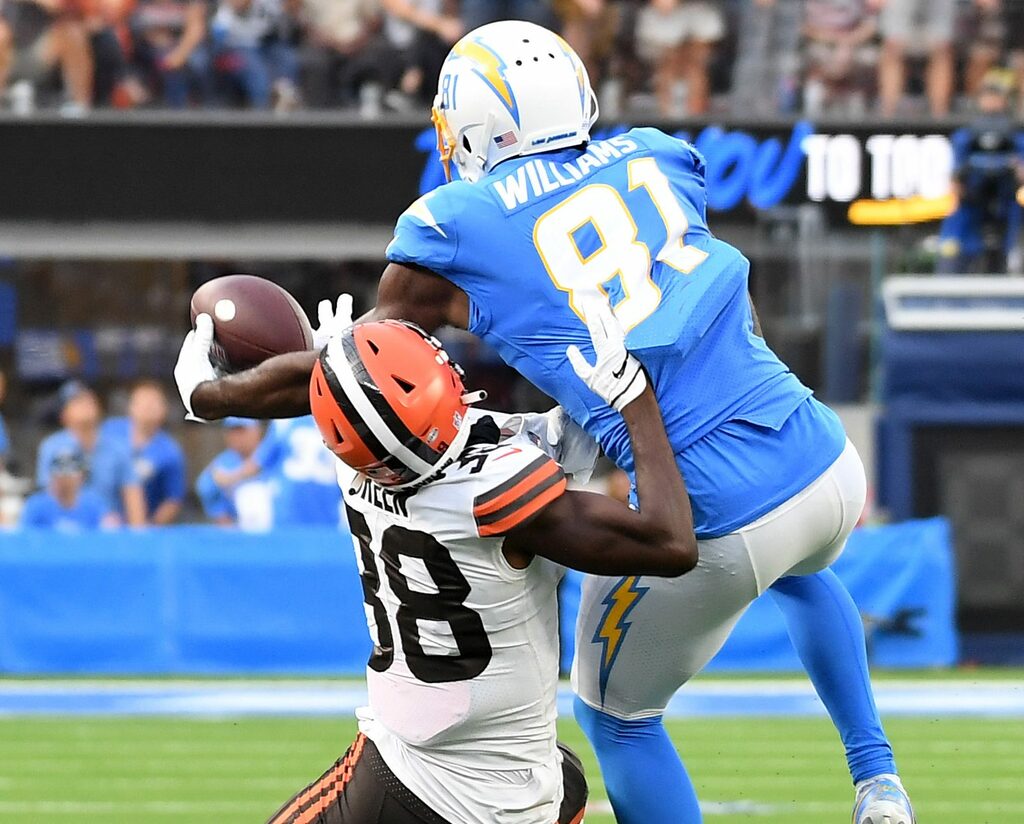 The Cleveland Browns fell to the Los Angeles Chargers in an epic shootout on Sunday. But the Chargers got a major assist from the officiating crew on a critical call that dramatically altered the game script.

Cornerback A.J. Green was flagged for a controversial (to be kind) defensive pass interference penalty on a Chargers fourth down. The interference on the play was quite clearly committed by Los Angeles WR Mike Williams. A drive that should have been over was instead boosted by the 33-yard penalty. Los Angeles would go on to score a touchdown.

It’s one of the worst calls you’ll ever see in an NFL game.

Don’t take my word for it. There are multitudes of people who will tell you how awful the call was in favor of the Chargers.

Looked like it should've been OPI on WR Williams or no flag because of grappling.

Instead flag was thrown DPI on #Browns DB, who had better angle on ball.

Bad call — results in first down on fourth-and-4 pass.

The NFL has to address offensive pass interference. That is a complete joke of a call.

Chargers are going to have to give .@NFLOfficiating a game ball today. What a horrible, horrible DPI call. #Browns

THAT pass interference call changed the entire game. The NFL has to do better and be able to get that right. Atrocious. #Browns

This was called defensive pass-interference on the #Browns. Yikes. pic.twitter.com/zqiJoKlUup

This is DPI. #Browns playing the #Chargers & officials today pic.twitter.com/z5DczVmPKq

Another horrid DPI call in Browns game. Officials don’t even know what they are doing or calling anymore. Evergreen tweet